8 Facts about Ilayathalapathy Vijay to Be Known 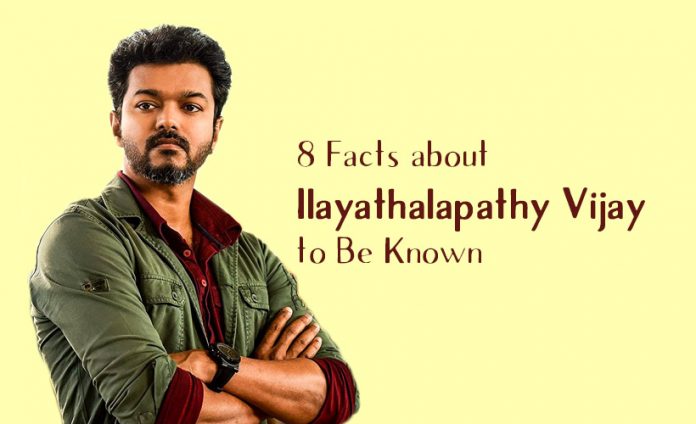 Ilayathalapathy Vijya is an actor in standing and Vijay movies are very popular. Actor Vijay awards are many and have contributed well to the film industry.

Ilayathalapathy Vijay has no doubt a large gathering of admirers and a good fan following. This is so on account of his multifaceted talent. Actor Vijay is known for his outstanding dialogue delivery to superb dance moves, comic timing to action-packed roles and his versatility has made him what he today, a popular star in his own right. Vijay movies are very popular indeed.

What is there to be known about Illayathalapathy Vijay?

In spite of enjoying a huge fan following of his own, Vijay was a great admirer of superstar Rajnikanth. His admiration for the actor is what motivated him into entering into films.