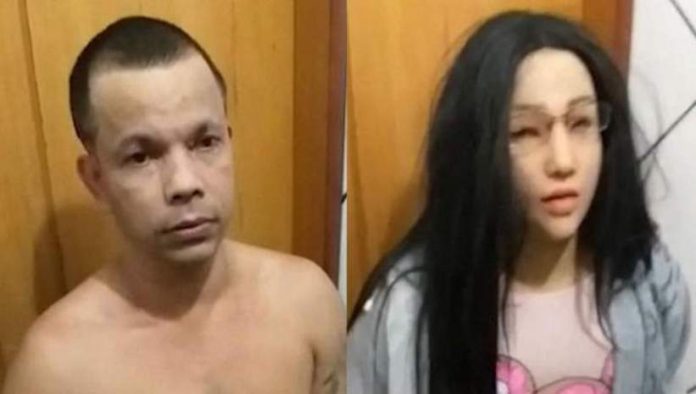 He is currently serving a 73-year prison sentence in the Central Prison in the city of Rio De Janeiro.

He left his daughter in his place put on a t-shirt, silicon mask, eyeglasses and wig and changed as her.

Even the police in jail premises didn’t recognise him however caught at Jail gate after checking.

The officials posted a video of ripping his makeup on Twitter. They claimed that a woman met him in the guise of a pregnant woman with these things.