A Brief Look Into KCR’s Vote On Account Budget 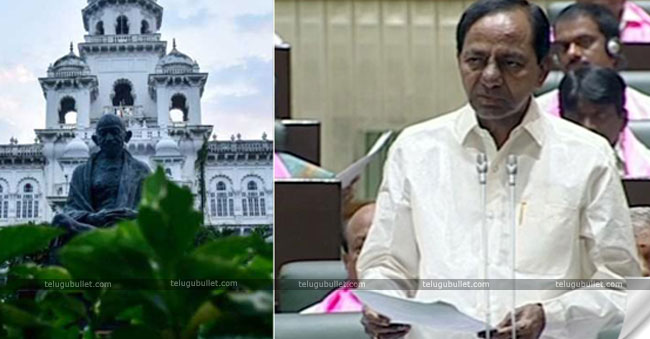 As planned, the Telangana Chief Minister KCR introduced the Vote on Account budget in the Telangana Assembly today. This budget will be Telangana’s official budget for the upcoming six months or so and it will be changed once the State is done with all the elections.

With a total budget of 1,82,017 crores of rupees, the expenditure of total State touched 1.3 lakh crores. The capital cost stood at 32,815 crores that give a revenue surplus of 6,500 crores for the first time. Within this limited budget, KCR planned to implement some of his promises prior to the snap polls such as Kalyana Lakshmi and Shadi Mubarak, Farmer’s Loan Waiver, Rythu Bhuma, Unemployment allowances for the educated youth etc. He allocated big funds to SC, ST sub-plan and Agriculture sector. The TRS Chief made sure that the Medical and Health sector should get benefited with this budget keeping the Lok Sabha elections in mind. This is said to be clever planning by the second time CM of Telangana for the upcoming year.

Analysts say that KCR completely utilized the constitutional laws of India to his favour by opting for Vote on Account budget. Rather than going for the complete budget, this clever CM is well prepared to cover all sections of voters to get their votes in TRS’s favor in all the upcoming elections.