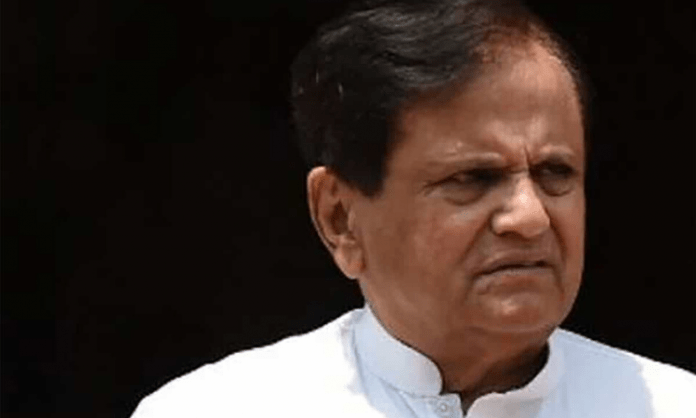 Amid thousands of well-wishers, the Congress veteran and party’s ace troubleshooter Ahmed Patel’s mortal remains were laid to rest in his native village in Gujarat’s Bharuch district, following the Covid-19 guidelines.

Many top national leaders of the party, including Rahul Gandhi, were present during the funeral to pay their last respects.

The last rites were carried out at the Sunni Vohra Muslim Jamaat graveyard in the Piraman village, Patel’s ancestral village. As per his wish, his dead body was buried beside his parents’ graves and due Covid-19 guidelines and protocols were followed during the funeral.

Ahmed Patel passed away on Wednesday morning due to post-Covid issues, according to his son Faisal. He was admitted in the Medanta hospital in Gurugram from where his body was flown to Vadodara and from there to Ankleshwar hospital, where it was kept till Thursday morning. After a brief 10-minute stop at his residence, his mortal remains were brought to the graveyard.

After performing the final Namaz for the deceased, Ahmed Patel’s dead body was buried by his family members, relatives, and friends, most of them attired in Personal Protection Equipment (PPE). Thousands thronged at the graveyard, trying to catch the last glimpse of their leader. The police were seen requesting them to follow the Covid-19 guidelines and at one point at a place, the police had to use mild force to control them.

The Gujarat Pradesh Congress Committee (GPCC) president Amit Chavda, the leader of the Opposition (LOP) in Gujarat state Assembly Paresh Dhanani, Siddharth Patel, Arjun Modhwadia, the working GPCC president Hardik Patel were present at the funeral besides hundreds of party workers. The former Gujarat CM Shankersinh Vaghela was also present and the lone independent legislator in the state Assembly, Jignesh Mevani was also there at the graveyard to bid farewell to the leader.

Rahul Gandhi, after arriving was constantly seen comforting Patel’s son Faisal and his daughter Mumtaz. After the funeral, Gandhi returned to Delhi. Paying their respects to the Congress leader, the town of Bharuch observed a day’s mourning on Thursday and kept it shut.

The Gujarat Congress organized prayer meetings at regional headquarters across the state in respect of the deceased Congress leader. Live transmission of the funeral was made available at these places.

WhatsApp
Facebook
Twitter
Previous article10 Foods That Can Save Your Heart
Next articleDesist from strong-arm tactics against farmers: Punjab CM