The Tollywood’s style icon Allu Arjun and his wife Sneha shares a deep bonding with each other even after all these years of their marriage. Their lovely relationship got evident to the outside world with their recent Twitter chat.It all started when Bunny posted a video of his daughter Arha on his official Twitter page. The video has cute Arha repeating her father’s words in Telugu. Bunny made his daughter to say that she would marry the one shown by no one but himself. This cute video became viral and within no time, his wife Sneha shocked him asking Arjun if he married the woman shown by his father Allu Aravind. Immediately many of their good friends liked and tweeted something in the favour of Sneha praising her witty nature.

One among them is Allu Sirish who declared Sneha’s reply as epic. With rather happiness and shock, Allu Arjun countered his better half by asking if she did marry the one shown by her father. Well, the world knows that they loved each and married so it is obvious that both of them didn’t marry the ones shown by their respective fathers.This chatter made the day of many followers of Allu Arjun across the South India. On the work front, Allu Arjun is waiting to start his project with the director Trivikram. This flick would be bankrolled by S Radha Krishna. 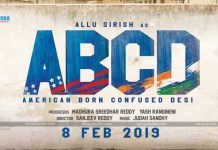 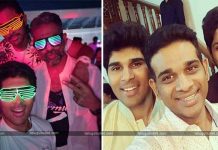 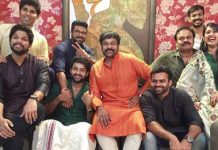