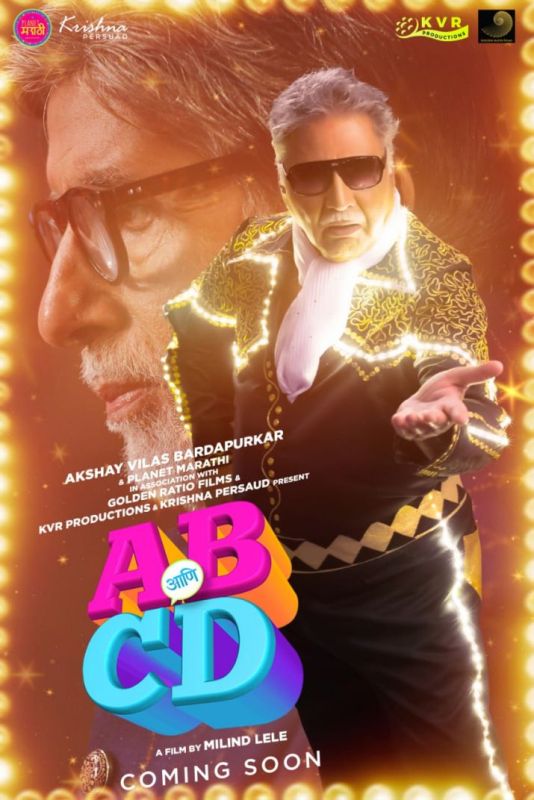 The legendary actor, Amitabh Bachchan is going to make his debut in the Marathi industry with a film named ‘AB Aani CD’. Amitabh will leave you in awe with his work. He manages to do that effortlessly with most of his films. If you are fascinated about movies then you will have at least one movie of Amitabh in your collection.

It is a wonder that Amitabh Bachchan hasn’t acted in a Marathi film for his caliber. however, finally, he is entering into the Marathi film industry. big B will be sharing the screen space with another legendary actor Vikram Gokhale.

the first poster of the film was presented to Mumbai’s famed Lalbaug cha Raja on the occasion of Ganesh Chaturthi. AB Aani CD is directed by Milind Lele, the film displays the bond of friendship between Amitabh Bachchan and Vikram Gokhale. 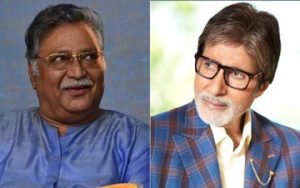 Amitabh Bachchan will be the lead actor in the film with Vikram Gokhale to act as his friend Chandrakant Deshpande. the film’s poster showcases Vikram Gokhale in Big B’s famous pose and the get-up looks the same as the actor’s famous song ‘Saara Jamana’ from the film ‘Yaraana’.

Akshay Vilas Bardapurkar and Planet Marathi are the producers of the film and whereas the film is presented by Golden Ratio Films, KVR Productions and Krishna Persaud.along with Amitabh and Vikram, Subodh Bhave, Sayali Sanjeev, and Akshay Tanksale are acting in the main roles.

Meanwhile, Amitabh Bachchan is going to make another debut but this time in the Telugu film industry. he acting in the film named Sye Raa Narasimha reddy alongside megastar Chiranjeevi . as per the rumors, Amitabh is going to play one of the lead roles in the film. The Marathi film ‘AB Aani CD’ to be slated to hit the theatres soon.