Amyra Dastur flies off to Chennai to shoot film with Prabhudeva 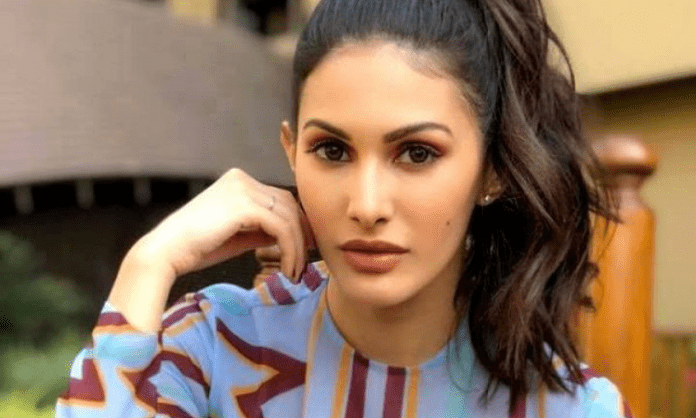 Actress Amyra Dastur is currently in Chennai to shoot of her upcoming film, Bagheera, with Prabhudeva.

Taking to Instagram, Amyra shared pictures from inside her flight from Mumbai to Chennai. “First time in an airplane since the lockdown,” she captioned one of the images, in which she is seen wearing a mask and face shield.

On Instagram Story, she also posted a picture of a place where she arrived after boarding the flight and asked people to guess the name of the place.

Amyra made her Bollywood debut in the 2013 release, “Issaq”, alongside Prateik Babbar. She was later seen in films like “Kaalakaandi”, “Rajma Chawal”, “Made In China”, and “Prassthanam”.

Filmmaker Bejoy Nambiar is ready to launch his new thriller, Taish, in the form of a web series as well as a film. Explaining the...
Read more
Cinema Latest

Divya Dutta lists the films that changed her career graph

Actress Divya Dutta, who has completed 26 years in the entertainment industry, celebrated her birthday quietly with loved ones at home on September 25. Divya...
Read more
Cinema Latest

Was looking to bowl dot balls to put pressure on DC batsmen: Rashid

Leg-spinner Rashid Khan, who played an instrumental role in SunRisers Hyderabad's first win in the ongoing Indian Premier League (IPL), has revealed that all...
Read more

KL Rahul continues to hold the Orange Cap while Kagiso Rabada has taken over the Purple Cap from Mohammad Shami following the conclusion of...
Read more

Filmmaker Bejoy Nambiar is ready to launch his new thriller, Taish, in the form of a web series as well as a film. Explaining the...
Read more
Read More