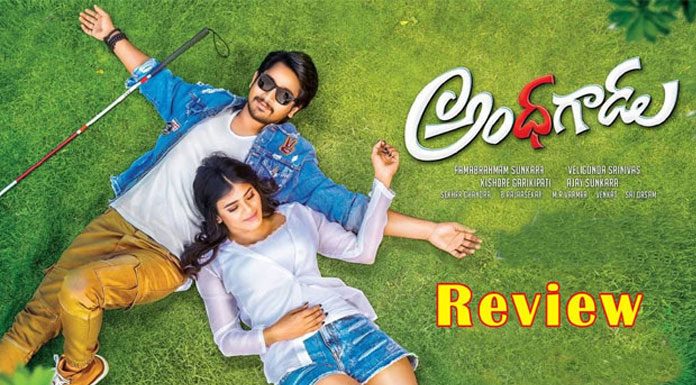 Young hero Raj Tharun hit the hat-trick with AK Entertainments namely Adorakam Edorakam, Kittu Unnadu Jagratta and now Andhagadu. Once again the director Ranjana Srinivas got a chance to prove his talent. Crazy combo Raj Tarran and Hebah Patel are yet to pair once again in the film Andhagadu. Let’s see how this film is all about.

Story:
Gautam, who is staying with friends at a camp, has done many attempts to get eyesight. As an attempt to do so, the Assistant Commissioner’s daughter will be introduced named Nethra. However, Gautham does not like knowing about his blindness. He used to manage as a normal person with her. Later she knows that Gautam is cheating on her, she will leave him. Even if she goes away, she will help him to get his eyes back. Gautham after getting eyes loves her and she acts like mute. Gautham’s life revolves around unprecedented twists after getting eyes. His eyes have repeatedly seen a car in the dream. What’s behind the eyes of Gautam?