Home Sports Anderson one of the best exponents of reverse swing: Tendulkar
Sports 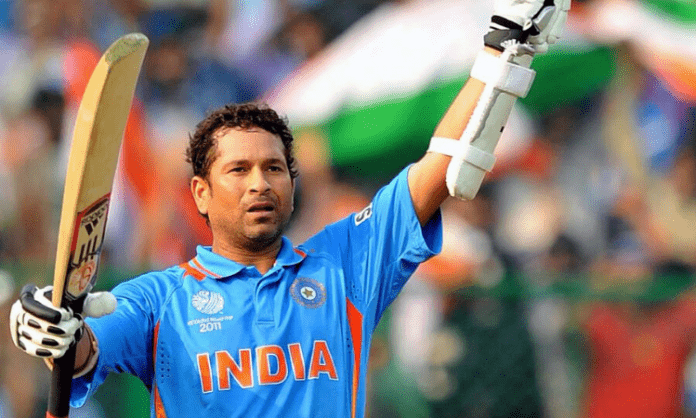 “What I experienced over a period of time that he (Anderson) would hold the bowl as if he is bowling an outswinger but at the release point, he would try and bring the ball back in.

“The number of batters would look at the wrist position and what he has actually done, he has shown you that he is bowling an inswinger but the imbalance between both sides of the ball will take the ball away from you.

“So what he has done, he has got you to commit to playing for an outswinger and the ball after covering almost three-fourths of the length of the pitch starts leaving you. And that is something which was new to me,” he added.

“Nobody had done that, now I have spotted even Stuart Broad doing that. But Anderson started this long time ago. So, I rate him very, very high and he is one of the best exponents of the reverse swing.”

Anderson is England’s leading wicket-taker in Test cricket. With 871 international wickets to his name, the 33-year-old also holds the record for the most number of wickets (584) taken by a fast bowler in Test cricket.

He is part of the England XI in the ongoing first Test against West Indies and will have a big role to play after the hosts were bowled out for 204 in their first innings at the Ageas Bowl on Thursday. In reply, West Indies were 57/1 at Stump’s on Day Two.

Pink ball could be used in all Tests, suggests Vaughan

Former England captain Michael Vaughan believes pink ball could be used in all Test cricket in order to avoid play being lost due to...
Read more
Sports

Former skipper Inzamam-ul-Haq has lashed out at Pakistan batsmen for their defensive approach in the ongoing second Test against England being played at the...
Read more