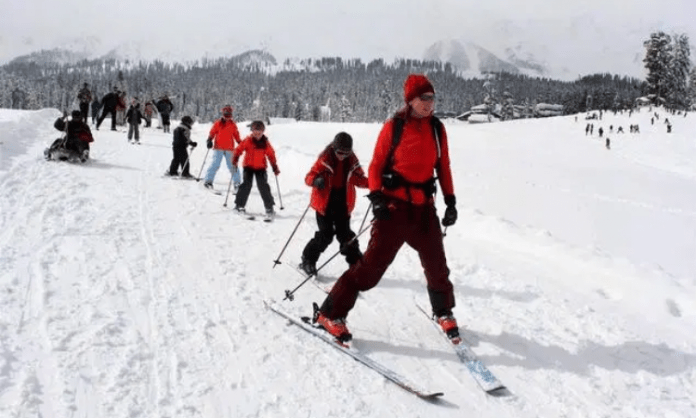 Clocking minus 7 degrees Celsius as its minimum temperature on Friday, the world-famous ski resort of Gulmarg in Jammu and Kashmir is all bedecked with snow to welcome winter sports lovers this season.

With its lofty snow slopes comparable to those in Switzerland and elsewhere in the world, Gulmarg is the ultimate destination for winter sports lovers.

The cable car project known as Gulmarg Gandola carries skiers to the Afarwat heights at 4,390 meters above the sea level, from where they ski down to the bowl-shaped meadow.

To add to the snowy grandeur of Gulmarg, more rain and snow has been forecast in the coming days in Kashmir.

“Another spell of moderate rain/snow is most likely (predictability up to 70%) during November 23 evening/night to November 25 with the main activity on November 24, which may lead to a temporary closure of various vulnerable passes,” Sonam Lotus, Director of the local Met office said.

While Gulmarg was the coldest place in J&K on Friday, Srinagar recorded 1 degree and Pahalgam minus 2.4 degrees minimum temperature.