Ben Mee marked his 300th appearance for the club 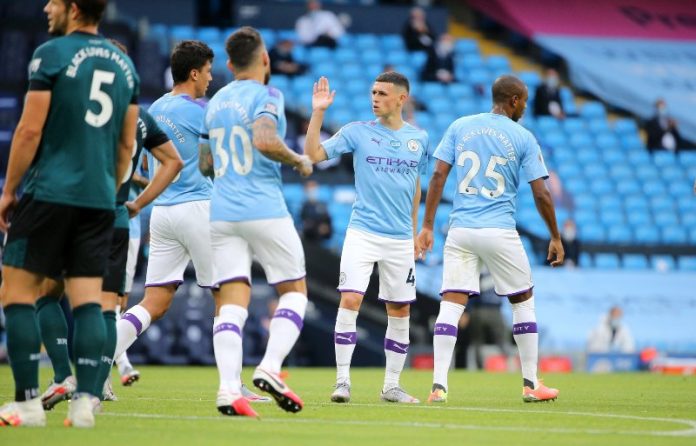 Burnley captain Ben Mee marked his 300th appearance for the club by scoring in a 1-0 win at Crystal Palace on Monday as the Clarets climbed to eighth in the Premier League table. Victory saw Sean Dyche’s visitors go level on points with Tottenham Hotspur and keep alive their hopes of European football next season.

A week on from saying how “ashamed” he was at a plane carrying the message ‘White lives Matter Burnley’ over the Etihad Stadium during a 5-0 thrashing by Manchester City, the defender won plaudits for his football at Selhurst Park as the Clarets built on a 1-0 win over Watford.

Mee ended a three-year wait for a goal in the 62nd minute with a diving header from Ashley Westwood’s free-kick after getting in front of Gary Cahill.

Palace goalkeeper Vicente Guaita got a hand to the ball but not a strong one and could only divert it in off a post for the only goal of the game.

Mee, simply saying it was “nice” to score, told Amazon Prime of the reaction to his post-match comments following the Manchester City defeat.

“I’ve been humbled by the response to the interview,” he said. “It’s nice to hear.”The club got quite a few emails too which I read a few of. It wasn’t a great night for us but we have responded really well to get two wins on the bounce.”

Defeat dropped Palace down to 11th place but Roy Hodgson’s men are still a comfortable 15 points clear of the relegation zone with six games to play despite a second successive defeat.

Former England boss Hodgson refused to blame his keeper for the loss, saying: “We did everything we could to find a way through but it didn’t work out for us.”

Burnley’s victory was all the more impressive as they were without three first-choice forwards in Jay Rodriguez, Chris Wood and Ashley Barnes.

“We’ve had to change things with the stretched squad we have and we did very well,” Burnley manager Dyche told the BBC.

Burnley could have opened the scoring in the 19th minute only for Dwight McNeil to shoot over the top from inside the area.Palace created chances but Cahill and James McArthur were both off target.

In the second half, the video assistant referee was called in as Palace’s Jordan Ayew avoided a red card for catching Josh Brownhill with his arm.

Then came the key moment, defender Mee stooping low for his first goal since January 2017.

Experienced leg-spinner Amit Mishra believes pressure will be on the SunRisers Hyderabad (SRH) when they take on Delhi Capitals in their next Indian Premier...
Read more
Sports

Football Delhi has decided to start a virtual skill competition for various age groups from next month. In its Executive Committee meeting held on Sunday,...
Read more
Sports