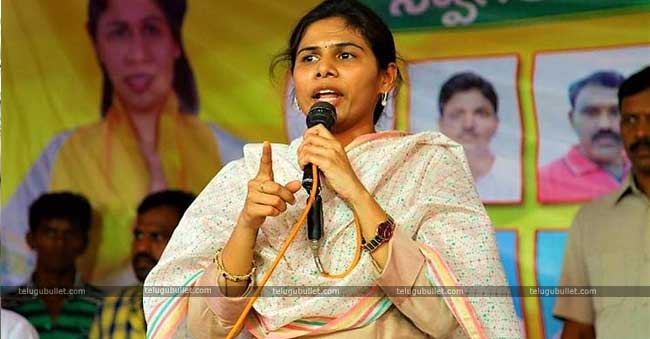 The minister of Tourism and Culture Bhuma Akhila Priya has been bagging a negative image in her own constituency Allagadda in Kurnool. Getting into the details, the speculations are on rife that Bhuma Akhila Priya is not available for the people in the constituency since a while. As per the sources close to the party, it is also heard that people in her constituency are quite unhappy with Akhila Priya. It is also known that the supremo of the party is also not satisfied with the performance of this young minister.

The rumours are also on rife that her sister Monika is taking the key decisions of the minister in the constituency after her marriage. No matter how much truth is there in the speculations and rumours, the negative image and campaign are surrounding away faster Akhila Priya. As the elections are very near, this kind of image might show a big impact on her political career.