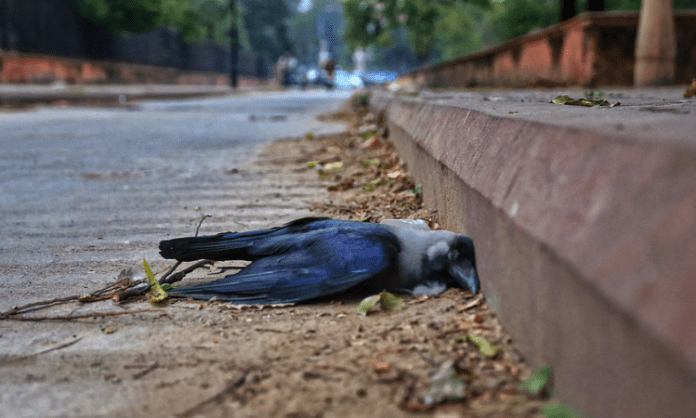 Bird flu has spread its tentacles to 15 of the 33 districts in Rajasthan, with over 3,000 birds found dead in the state to date, officials said on Tuesday. Jaipur zoo has been closed following the death of four birds.

Chief Wildlife Warden Mohanlal Meena said that four Black Starks and a few ducks were found dead on Monday at the zoo, following which the zoo was sanitized and closed. A few birds were also found ill. Their samples have been sent to a Bhopal lab for tests.

In the last 24 hours, 264 more crows were found dead, taking the total crows that died of suspected bird flu to date in the state to around 2,500. In all, 180 peacocks, 190 pigeons to have died in Rajasthan.

WhatsApp
Facebook
Twitter
Previous articleVaccine onboard: Airlines to transport 56.5L doses on Tuesday
Next articleSurgery completed, will return with a bang: Jadeja