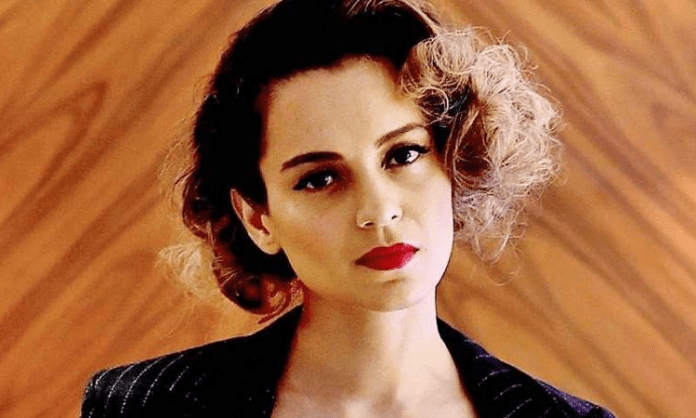 Hours after the Brihanmumbai Municipal Corporation (BMC) demolished the office of Bollywood actress Kangana Ranaut in Mumbai, many organizations came out in her support and the Himachali Mitr Mandal approached the National Commission of Women and the Centre to intervene in the matter.

The Himachal Mitr Mandal (HMM), the apex organization of the people of Himachal Pradesh settled in Delhi-NCR areas requested the NCW and the Centre to “intervene and stop atrocities being done by Maharashtra government and the ruling Shiv Sena on Ranaut”, who belongs to the hill state of Himachal Pradesh.

The reactions came after the BMC on Wednesday started demolishing the actress’ Bandra property for alleged unauthorized modifications and extensions. The actress had tweeted photographs of the BMC demolishing and had also reacted to it.

The Bombay High Court later passed a stay order on the demolition.

Perturbed by the uproar over the BMC move, the Shiv Sena leadership on Wednesday barred its members from protesting against Ranaut to avoid a sympathy wave for her, even as the actress fired a fresh salvo at the government, this time targeting Chief Minister Uddhav Thackeray personally.

Chandrakanta, President of HMM Delhi in a statement condemned the “goondaism” done by ruling Shiv Sena workers at Mumbai airport threatening security of Ranaut and intimidating her on her arrival in the city while the state government law enforcing agencies remain mute spectators before the unsocial elements of Shiv Sena.

Chandrakanta asked the Mumbai-based migrant Himachali workers and associations to stand united for the actress, and “support the issues and causes which are very relevant in today’s scenario”.

She also thanked Union Home Minister Amit Shah for providing adequate security to Ranaut and hoped that fringe and anti-social elements in the Shiv Sena will be tamed by the Mumbai Police and she will be allowed to resume her activities without any fear or intimidation.

Similarly, the Reconciliation, Relief and Rehabilitation of Migrant Kashmiri Pandits also condemned the BMC action against Ranaut. Satish Mahaldar, chairman of the organization, a statement said: “We extend our support to Ranaut in this hour of concern when her office in Mumbai has been bulldozed in her absence.”

Mahaldar said that it was disheartening that the administration in the Maharashtra government acted in such haste.

“This action, no doubt stems from political vendetta and highhandedness given the fact that every year so many houses or buildings collapse and people die in Mumbai alone and the government is caught sleeping,” Mahaldar said, adding that bulldozing her house when she was away and without adequate notice period is unbecoming of a government.

“The action is a demonstration of political might and harassment,” he said.

He also said that since the Maharashtra government has ill-treated her, “we the Kashmiri Pandits request her to live with our community as our daughter”.

Taking note of Ranaut’s statement on making a film on the plight of Kashmiri Pandits, he said: “She has said that she can empathize with the Kashmiri Pandit refugees who also lost their homes and hearth in Kashmir 30 years ago. She has said she can understand the pain of being uprooted.”

“Ranaut is the first Bollywood actor who has spoken about our plight for the first time in 30 years. We are thankful to her for feeling and speaking about the plight of Kashmiri Pandits, who have been suffering for the past three decades,” Mahaldar added.