Home Sports Bouncy Gabba pitch could be the right place for my secret delivery:...
Sports

Bouncy Gabba pitch could be the right place for my secret delivery: Lyon 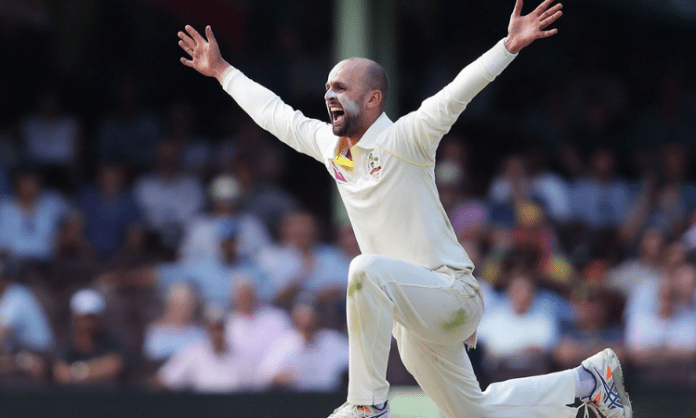 Nathan Lyon, who will play his 100th Test match at The Gabba from Friday, says he will get more assistance from the Gabba wicket as it has more bounce than Sydney or Melbourne and could help him bring out his secret delivery on the fifth day of the Test match against India.

The off-spinner also said that the slow Sydney wicket did not allow him to bring the secret delivery during the drawn third Test.

“This summer has been challenging with obviously playing against India again. They have come up with plans to combat me. But to be honest I am quite happy with the way I have been bowling. I have been able to create some chances which have been really positive…but some days the wheel doesn’t turn around and you don’t have much luck in the middle,” said Lyon while speaking to the media in a virtual interaction on Wednesday.

“I am very happy the way they are coming out of hand and I am confident and excited to get here at Gabba where there will be a bit more bounce than what was at the MCG and SCG, definitely SCG anyway. I am excited that if I keep doing my job then luck will keep changing here and there. I just got to stay patient…Who knows I could bring (secret delivery) on Day 5 if we happen to be bowling. It is still coming…keep watching.”

About the Sydney wicket, he said, “It would have been nice to have a big footmark…but I was still able to get spin here and there out of it. The wicket was a bit slow and we couldn’t capitalize on our chances.”

The 33-year-old added that he is far from done and is hungry for more matches. He wants to continue playing for well beyond 100 Test matches.

“When I finish my career, I will be able to sit down with a smile on my face — sort of gave my all. This is my 100th. But I am far from being done in my eyes. I am more hungry than ever. I want to go and play as much cricket for Australia and win more matches,” he said.

“There have been some highs and lows. You look at the Adelaide Test in 2014, that was one of the biggest highs in my career and then you look at Edgbaston, amazing high, you come to Leeds, you come down the ladder, so that is something amazing about Test cricket. It is amazing ride. There have been lots of ups and down in my career,” Lyon added.

The off-spinner said that he would be talking to his personal spin coach John Davison, who is currently with Sydney Thunder in the Big Bash. The bio-secure environment hasn’t allowed Lyon to see him during the ongoing series. But Lyon says he will speak to him as he does after every match.

“I will contact him anyway. I usually contact him after every Test and have a conversation. He is the best spin coach at the moment. I will touch base with him and nail down a couple of little things — regarding the pitch, need to adapt,” he said before adding that he is being ably guided by team captain Tim Paine and batsman Steve Smith.

“I think I have played enough cricket to know what I need to do. That is the beauty of having Tim Paine and Steve Smith around the bat there as well. Obviously, they are very talented. They have passed a lot of knowledge from when Smith was batting against (Ravichandran) Ashwin to Paine keeping against me.”

“It has been very exciting because I look at the 12 guys to have played 100 Test matches. They are pure legends in my eyes not just for CA but all around the world. I am going to pinch myself each and every day to see my name against those fellows. It is pretty amazing,” he said.