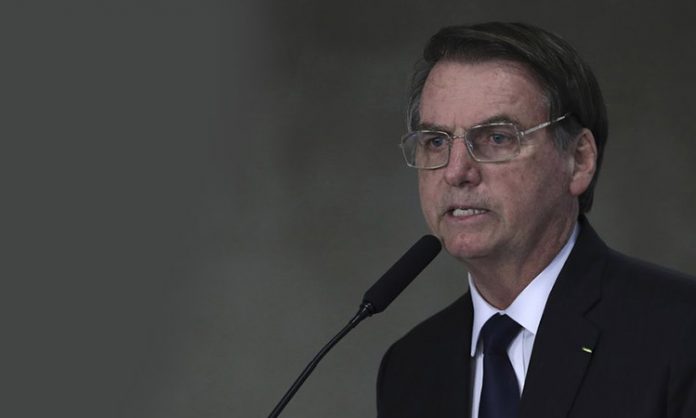 Brazilian President Jair Bolsonaro said that the country was “practically winning” the battle against the coronavirus pandemic due to a reduction in the number of single-day deaths over the last week.

“We are practically winning (the battle against) the pandemic. The government has done everything possible to minimize its negative effects, either through emergency aid, which has reached 65 million people or with help for micro and small companies, through credit,” Xinhua news agency quoted Bolsonaro as saying at an event on Friday.

“It is already beginning to appear, especially in the media outside the country, that Brazil was one of the countries that suffered the least from the pandemic due to the measures taken by the federal government,” he said.

The corona-skeptic Bolsonaro, who was infected with the virus in July, made the remarks at a time when Brazil has recorded nearly 130,000 Covid deaths and currently has more than 4.2 million cases.

As of Saturday, the total number of cases in the country increased to 4,238,446, the third highest in the world after the US and India, while the death toll stood at 129,522.

Brazil is also the country with the maximum amount of infections and fatalities in Latin America.

Sao Paulo, the most populated state in the country and the epicentre of the pandemic, has registered over 883,000 confirmed cases and 32,338 deaths, followed by Bahia, Minas Gerais, Rio de Janeiro and Ceara.

The number of single-day coronavirus cases in Hong Kong has remained under 10 for five days in a row, local health authorities said on...
Read more
International

An earthquake with a magnitude of 5.4 jolted the South Shetland Islands, the US Geological Survey said. The jolt was felt on Tuesday, the Xinhua...
Read more
International

Chief Minister Yogi Adityanath has announced the start of international flights from the Kushinagar airport by Deepawali. The airport is located about 52 kilometers east...
Read more