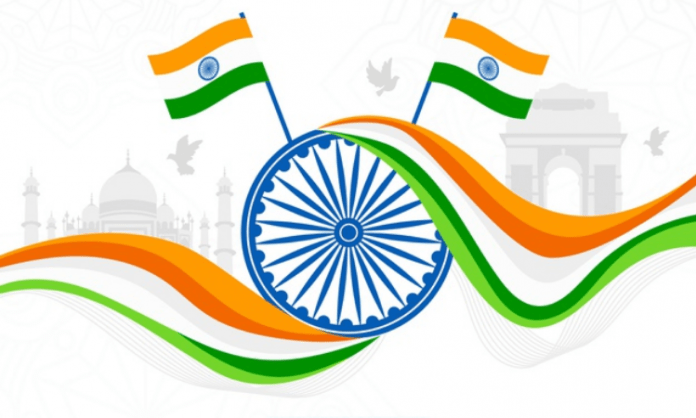 While physical get-togethers to mark India’s Independence Day may not be possible this year in the light of the pandemic, virtual celebrations seem to pave the way forward, with interactive exhibitions about the history of the National Anthem, the times and influences of Rabindranath Tagore and Mahatma Gandhi. Bharat Ratna awarded musical maestros connecting freedom with their music are just a few clicks away.

Google Arts and Culture is presenting these digital exhibits, in partnership with Victoria Memorial Hall, Kolkata (a Ministry of Culture museum), Indian Music Experience Museum, Bengaluru, and Museum of Art and Photography, Bengaluru.

Here are some journeys to take virtually on Google Arts and Culture as you remember the freedom struggle and India’s liberation from centuries of colonial rule.

“10 Things to Know About the National Anthem”

This story features snippets of history about the National Anthem of India, like how its origin is from Rabindranath Tagore’s Bengali song ‘Bharoto Bhagyo Bidhata’, an English translation by him called ‘The Morning Song of India’, the involvement of Subhash Chandra Bose in its selection, and a few inspirations in modern-day.

The exhibit showcases the quartet of Bharat Ratna awardees, who are associated with India, freedom, and music. M.S. Subbulakshmi was Mahatma Gandhi’s favorite musician and held fund-raisers for the Independence Movement. Ravi Shankar was known for his raga “Mohan Kauns”, conceived as a tribute to Gandhi upon news of his death. Bismillah Khan performed with his shehnai on 15 Aug 1947, in the welcoming of freedom to India. Bhimsen Joshi was the voice of ‘Mile Sur Mera Tumhara’, the iconic 80s audio-visual experience, the core message of which was “unity in diversity”.

“Making the Mahatma”
by Museum of Art & Photography, Bengaluru

Mahatma Gandhi has influenced not just key thinkers and writers with his involvement in the freedom movement, but a plethora of visual imagery that captured his personal and social life. The availability of lithographic presses that helped mass produce images, and cameras allowed to capture a moment as is, inspired the creation of posters, photographic records, artworks, caricatures, and more to be created. Museum of Art and Photography highlights a selection of works, such as Gandhi’s portrait on a map of India, a collage of cutouts depicting his journey from life to death, calendar prints that iconized him, and events and associated personalities from his life envisioned metaphorically in posters.

Tagore was the first non-European and first Indian to be awarded a Nobel Prize in 1913. Soon after in 1915, he was honored with a knighthood by the British. However, following the Jallianwala Bagh Massacre in 1919, he denounced the knighthood in protest. The Victoria Memorial Hall houses a collection of portrait drawings, photographs including Tagore with Gandhi, and manuscripts of songs and letters written by him, and invites viewers to explore the life of Tagore with this online homage this Independence Day.