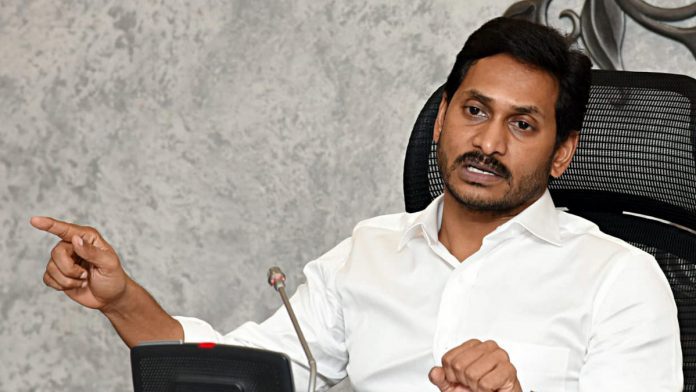 The Andhra Pradesh Chief Minister Jagan Mohan Reddy’s plan for a three-city capital, the Centre categorically said in parliament today that it is the state’s privilege to compromise on a city. In reply to a topic from TDP MP Jayadev Galla, Union Minister Nityanand Rai said, “It is for each state to decide on the capital within its territory”.

Chandrababu Naidu had plunged Amaravati as the latest futuristic capital of the Andhra Pradesh. Vehemently upon the three-city plan, it had directed the Central Government whether it was conscious of Mr. Reddy’s plan and would advise the state government not to resort to such decisions.

The three-city plan, the parliamentarian from Guntur had claimed in his question, would “not only vitiate the investment climate but will also be a great loss to thousands of farmers who have given their land for construction of new capital Amaravati”. He had also asked how the three-city plan was “likely to help the state and its people”.

In a written reply that ruled out any intervention by the Centre, Mr. Rai said that Recently media reports have appeared indicating the State Government’s decision to create three capitals for the State of Andhra Pradesh.

Amaravati was notified as to the capital of Andhra Pradesh in April 2015. Recently, the state government passed a bill, repealing an Act from when Chandrababu Naidu was chief minister, detailing plans to build a futuristic capital at Amaravati.

A separate bill, the “Decentralised Governance, and Inclusive Development Bill”, was also passed in the state assembly that mentioned three capitals — an executive capital at Vizag, a legislative capital at Amaravati and a judicial capital at Kurnool — covering the three geographical regions of the state.

The committee mentioned the subject to a picked committee. But meanwhile, the state government decided to dissolve the legislative council, saying it was being used politically by the Telugu Desam Party and that it was a burden on the state’s resources.

In reply to another question from Telugu Desam MP from Vijayawada Kesineni Srinivas, asking if the Central government had taken cognizance of the “mass public protests in Andhra Pradesh” regarding a capital at Amaravati and also asked about alleged police brutality. Protests have been on for several weeks in some villages around Amaravati, opposing the shifting of the capital city to Visakhapatnam.

Replying to these questions, Nityanand Rai clarified that law and order is a state subject and the Centre monitors and sends forces if requested for by the state. He also explained that they got no description for the state and were not proposing any interference.