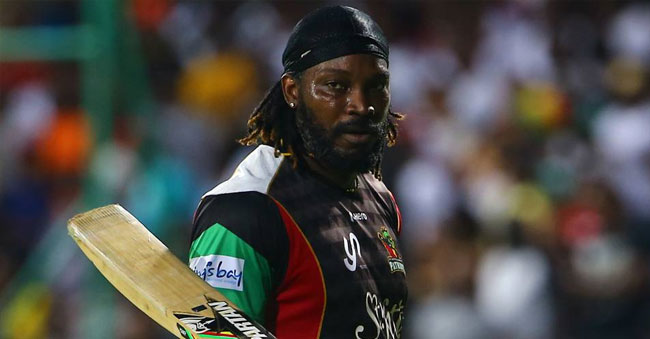 Chris Gayle is known as one of the most destructive batsmen in Cricket history. The tall left-hander from the Caribbean Islands has once again proved why bowlers are scared of him. Chris Gayle is currently playing for the Rangpur Riders in the Bangladesh Premier League – BPL.

In the BPL final that took place on Tuesday evening in the Dhaka saw the ‘Gayle Storm’. With Gayle’s blistering knock, Rangapur Riders won their first title after defeating the defending champions Dhaka Dynamites.

Rangpur Riders who batted first posted a mammoth total of 206/1 in their 20 overs. Chris Gayle who opened the innings with Brendon McCullum scored 146 runs from just 69 balls. In this innings, Gayle smashed 18 sixes, the most by any batsman in a 20-20 match and 5 fours. With the help of the boundaries alone he amassed 128 runs. His blazing century came-off from just 57 balls, while he scored the later 46 runs in 11 balls before getting out. McCullum (51 runs from 43 balls) and Gayle had a partnership of 201 runs for the first wickets.

Dhaka Dynamites managed to only score 149/9 in their 20 overs. This is the 20th century for Chris Gayle in 20-20 cricket, and the most by any batsman in the world. He scored 5 centuries in this year’s BPL. Few people on the social networking sites commented that the bowlers were taken to hospital after having a heart attack seeing Gayle’s storm.

For a change, Nani is dominated by a young hero!