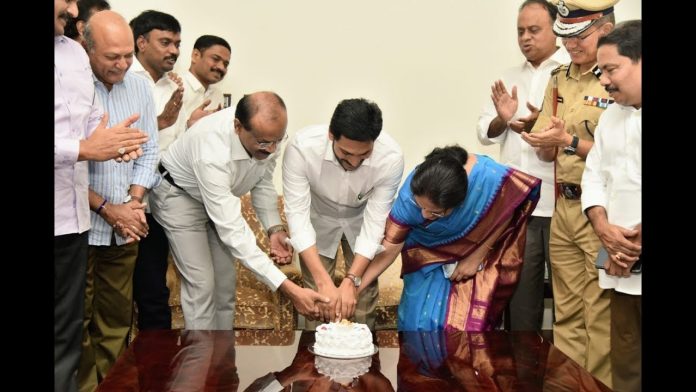 The birthday celebrations were also carried out at the CM camp office at Tadepalli. On this occasion, CM YS Jagan cuts birthday cake and later officials and ministers took turns in greeting the CM.

AP Governor Biswabhusan Harichandan has also conveyed birthday wishes to CM YS Jagan. He expressed that CM YS Jagan should lead the state in the development with his dynamic leadership and sent a bouquet along with a birthday wishes letter to CM. The birthday celebrations are going on in full swing throughout the state.

The YCP leaders have organized blood donation camps and other seva programs. Meanwhile, CM YS Jagan is going to introduce a new welfare scheme on his birthday at Dharmavaram in Anantapur district.