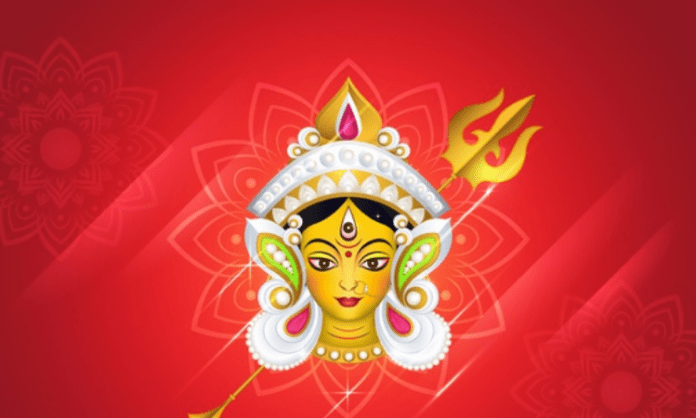 In times of the pandemic, evil has attained a new face — coronavirus. Hence, the Safdurjung Matri Mandir, an old puja committee in the national capital, has decided to install ‘Coronasur’ instead of Mahishasura in its toned-down Durga Puja this year.

“Every year we create a Mahishasura which the goddess Durga symbolically kills. But this year, we have replaced it with Coronasur,” Sumit Guha, one of the organizers at the Safdarjung Matri Mandir, told IANS.

The puja committee has decided to do away with the tradition of a tall idol this year. In fact, it has unanimously decided against an idol itself. Guha said that a 20 feet tall poster of the goddess Durga will be installed instead.

However, this trend has a bearing on those who make idols. Following the social distancing norms, the cautious puja committees in CR Park – the hub of Delhi’s Durga puja celebrations – have decided to give it a pass this year, adding to the misery of the idol makers. Manik Pal from West Bengal’s Krishnanagar is one such artist.

“I have been coming to Delhi for the last 20 years. Last year, I made around 50 idols. But this year I am making 8-10 small idols,” Pal said while giving finishing touches to a five feet idol.

Pal, like many other artists, hopes that the government will step in to bring some reprieve to them.

“If it happens, there’s nothing like it. But we don’t know if the government will help us,” he said.

Pal, however, believes that the fear and caution to avoid mass gatherings is the need of the hour. He told IANS that even in Kolkata, the festivities will see significant toning down as compared to the previous years.

Meanwhile, the Calcutta High Court on Monday directed all Durga Puja pandals in West Bengal to be made no-entry zones for the public. The court has also limited the number of organizers inside the pandals to 25 for big pujas and 15 for the smaller ones.