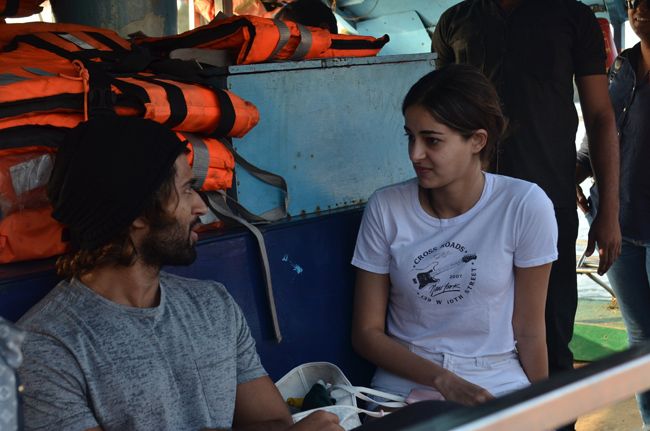 The young and happening actor Vijay Deverakonda who is popular for delivering Arjun Reddy, Geetha Govindam and World Famous Lover, is currently sharing the screen space with Ananya Pandey in an upcoming action drama Fighter which is being helmed by Puri Jagannadh of iSmart Shankar and Temper fame.

Nota actor Vijay Deverakonda said, “She’s one sweetheart, a really sweet girl. It will be fun for the Telugu people and South India people to see the actress here as well. We have completed 50 percent of the film and she has done an incredibly good job.”

Vijay Deverakonda said that he would try to dub himself in as many languages as possible. Apart from the lead pair, the film Fighter also has Vishu Reddy, Aali, Makarand Desh Pandey, Ramya Krishnan, Ronit Roy, and Getup Srinu in the crucial roles.

Ananya Pandey made her debut with the movie Student of the Year 2, co starring Tara Sutaria and Tiger Shroff. Later Ananaya Pandey was seen in Pati Patni Aur Woh, which had Kartik Aaryan and Bhumi Pednekar in lead roles.