Distress of teachers and a novel idea of Hyderabad NGO 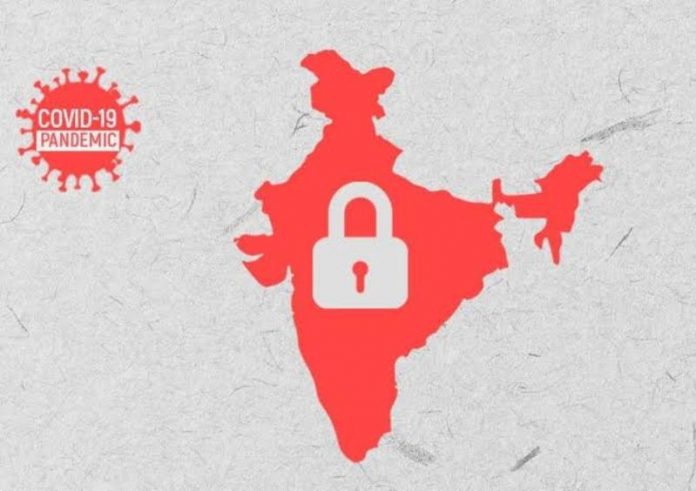 The resumption of economic activity with easing of lockdown has provided a breather to some sections of professionals reeling under the lockdown for over two months but one section which is yet to see any hope are teachers of private schools.

With uncertainty continuing over the re-opening of schools, there are no hopes of an early end to the hardships of thousands of teachers.

While teachers of government-run schools are not badly impacted as they were at least paid 50 percent salaries and they are sure to get the deducted salaries in the future, the teachers in private schools, especially those in small unaided schools are the worst affected.

Drawing meagre salaries between Rs 4,000 and Rs 12,000, it is a hand-to-mouth existence for many. Most of them have not received salaries for three months. While dignity held them back from reaching out for help, there were also instances where some had to approach the NGOs for food ration to save themselves and their families from starvation.

The management of some schools showed magnanimity to pay salaries for March and made part payment for April but teachers in the majority of schools have not received salaries for three months.

“We cannot tell anyone about our distress and there is no support from the government or anyone for people like us,” said Narasing Nayak a teacher at New St. Maria High School, Falaknuma in Hyderabad.

With a salary of Rs 15,000, he is the only earning member of my family and has to also take care of an ailing father. With no salary since March and no money for food and medicines, he had to approach a private financier to borrow on 5 percent interest.

Syed Mohsin Ali and his wife work at Zahra High School in Hyderabad together earning about Rs 15,000 per month. Ali’s wife is afflicted with polio and they have a seven-month old child born premature. Both wife and child need regular medication. They have not received salaries since March and the family is surviving on hand loans taken from neighbours.

“The management clearly told us that they are not in a position to pay the salary. They said you are free to continue or look for a job in some other school,” said a lady teacher working for a school with multiple branches in the city.

It’s not only the teachers who are passing through tough times but the school managements are also going through a crisis. The lockdown also came as a bolt from blue for many school managements. Like every year, they were hoping to collect the fee dues from defaulters before the examinations in April. Since the examinations for classes from first to ninth standard are held in April, the schools issue the hall tickets to students only after they clear the last term fee or the dues.

With the government promoting the students to the next class without conducting the exams, the schools have almost lost hopes of receiving the fee dues.

With the state government issuing orders that the schools should not demand the fee, the managements are struggling to pay for the rents, security and maintenance of the school buildings.

“We entirely depend on the fees collected to pay our teachers. But with the sudden Lockdown no fees were collected since March and we could not pay our teachers who are all facing acute financial distress. We can see their suffering but are totally helpless to do anything,” said Jhansi Jaison, Principal, New St. Maria High School, Falaknuma.

With the lockdown resulting in job-loss in different sectors or badly impacting the incomes of low-income groups, there are also apprehensions of a drop-out whenever the next academic year begins.

A city-based NGO Confederation of Voluntary Organisation (COVA) has come out with an innovative idea to help the teachers and ensure that the students who might be forced to discontinue the education are retained.

Under the scheme, COVA will pay Rs 10,000 to a teacher and will in turn make the management of that school to provide free education to two students for every teacher supported.

“This will be a win win situation for teachers, students, parents, school managements and the society as teachers will get at least part of their salary to survive the coming months with dignity, students from deprived backgrounds will be able to continue their education in this time of acute economic stress for their parents, the burden on the management to pay the full salary of the teachers will be reduced and massive dropout of students could be curtailed,” said Dr Mazher Hussain, Executive Director of COVA.

COVA, which works with 100 private schools in Hyderabad, plans to support at least 1,000 teachers from 60 schools for this programme by raising Rs 1 crore through donations and grants.

Mazher Hussain said COVA would enter into a MoU with schools to be covered under the programme.

He suggested that organisations and groups initiate similar programmes in their respective localities, towns, cities and villages. COVA is ready to provide them free assistance or guidance required.

During the lockdown COVA started providing subsistence support of Rs 5000 each to 114 teachers from eight member schools of COVA through direct bank transfers.

In a bid to make itself carbon-free by 2030, the Indian Railways has initiated a number of major initiatives to mitigate global warming and...
Read more
National

Six more persons died of COVID-19 in Odisha took its death toll due to the virus to 70, even as 616 new cases were...
Read more