Fangirl Priya Prakash Varrier is in reverence of Vijay Deverakonda 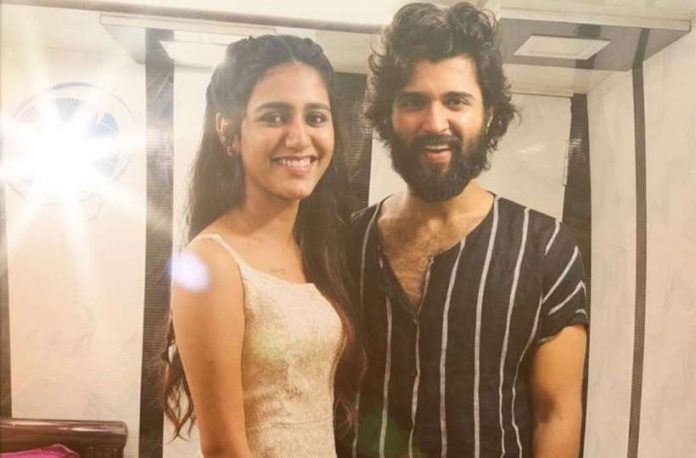 Vijay Devarakonda’s fame turned boundless with Arjun Reddy movie. He became a famous personality in south India with the release of Dear Comrade movie in all south Indian languages.

Devarakonda has fans in the film industry also Priya Prakash Warrier is among them. The Malayali beauty is known for the eye wink in Oru AAdhar Love movie. Warrier shared her affection on Vijay Devarakonda through a post on Instagram.

Priya meets Vijay in Kochi as part of ‘Dear Comrade’ film campaign. She posted that picture with the caption stating “Nuvvante Naku Chala Ishtam” recently. That post went viral on social media liked by millions of users on Instagram.