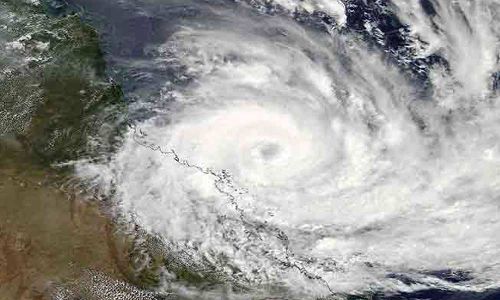 The Telugu states are yet to prone for another cyclone in the coming days.

The Telugu states are yet to prone for another cyclone in the coming days. Officials have been alerted by the Indian Meteorological Center to the effect that the ongoing low-pressure depression in the Arabian sea could turn into a severe cyclone. The storm in the Arabian Sea has turned into a hurricane and is moving from Oman to India. The Cyclone is named ‘Kyarr’.

The Cyclone is expected to get active over the next 24 hours. The Cyclone, which centred about 310 km south of Mumbai, is about 200 km west of Ratnagiri. North and South Goa districts are expected to experience strong winds over the next 24 hours. Also, Ratnagiri in Maharashtra, Sindhudurg and coastal and northern parts of Karnataka are expected to receive rains. People are advised to remain vigilant and move to safe areas along the coast. The tides are sweeping across the eastern central Arabian Sea. The weather department has issued a Red Alert for the affected areas. Officials have advised that the sea will be turbulent and no fishermen should go hunting until October 29th.

Saving water is necessary and the question in one’s mind is how to save water in daily life? There are simple ways to save...
Read more
Editorial

Expect higher Electricity bill for Consumers from April 1 in Telangana

Users are expected to pay higher electricity bills from April 1 as Chief Minister K Chandrasekhar Rao is considered to have accepted the decision...
Read more