Home Uncategorized First look posters RRR to be released on the occasion of New...
Uncategorized 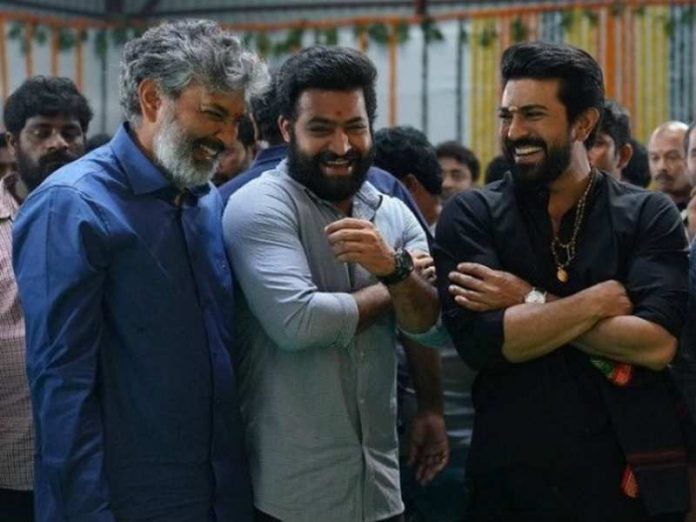 Tollywood Jakkanna’s ‘RRR‘ is not less than any most awaited celebration for all the movie buffs. Holding the star cast of Jr. NTR, Ram Charan Tej, Alia Bhatt, Ajay Devgn, Rahul Ramakrishna, and Olivia Morris, it has already raised the expectations bar beyond the maximum point. The latest update from this movie is, 70% of its shooting is completed and so the makers have given a thought to release the first look posters of both heroes on the occasion of New Year. If the speculations are to be believed, then for this New Year, fans will rejoice with double dhamaka.

It is already known that Jr. NTR is playing the role of Komaram Bheem and Ram Charan is roped in to play Alluri Sitaramaraju’s role. Collating two epic characters that have no connection at all, is what raising the brows of many. To witness the magic of S. S. Rajamouli, definitely, we need to wait till 30th July 2020. M. M. Keeravani being the music director for this film, the melodies will definitely soothe the eardrums. While we all know how professional Senthil Kumar and Sreekar Prasad are, so no need to bother about the cinematography and editing works. This movie which is produced by D. V. V Danayya, under DVV Entertainments is holding a huge budget of 350-400 crores.