Home International Georgia changes everything for Biden and Harris: Here's how
International

Georgia changes everything for Biden and Harris: Here’s how 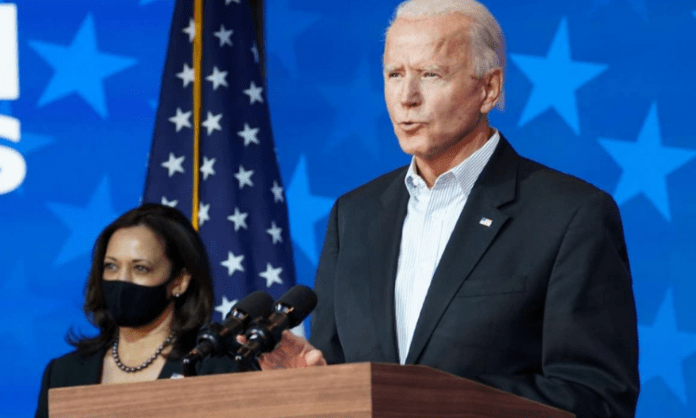 What a night. And what a morning in America. Democrats are within reach of a Senate majority after a historic win for first-time candidate Raphael Warnock is one of Georgia’s two Senate runoffs. The 100-member Senate is now 50-49 in Republicans’ favor. If Democrats level, they will still have razor thin control because Vice President-elect Kamala Harris holds the tie-breaking vote. Democrats already control the House of Representatives.

Warnock became the first Black Senator in his state’s history, defeating Republican incumbent Kelly Loeffler in a stinging rebuke of Trumpism. News networks called the election for Warnock after an analysis of outstanding votes showed his rival Kelly Loeffler could not catch up.

“The other day, because this is America, the 82-year-old hands that used to pick somebody else’s cotton picked her youngest son to be a United States senator,” Warnock said, in a nod to the barrier shattering nature of his triumph.

Everything hinges now on the final Senate race to be decided: Jon Ossoff versus David Perdue.

Here are the top takeaways from everything we know so far as votes continue to get counted:

Warnock will be the first elected Black Democratic Senator and only the seventh Black Senator ever in America’s political history.

If Ossoff wins, Democrats will have control of the White House and both houses of Congress for the first time in 10 years. Everything will be different for president-elect Joe Biden. He can get the Cabinet he wants, he will be able to pass budget bills and confirm judges.

If the Democrats manage to win the other Georgia race, it sets the stage for yet another first in terms of Senate leadership: Chuck Schumer will then be poised to become the first Jewish Senate majority leader.

If Ossoff wins, he would be the youngest Senator since Joe Biden was elected to the Senate in 1973 at the age of 29. Ossoff is 33.

Both the Georgia contests are political and demographic tests for the coalition that fired up a Biden win in November 2020. Biden flipped Georgia’s 16 electoral votes after a nearly 30-year drought for Democrats in the state. His win drew on strong African American turnout, which has continued for Warnock.

The Ossoff versus Perdue race remains too close to call at 7 am EST Wednesday. Under state law, a recount can be requested if the margin of election is less than or equal to 0.5 percentage points.