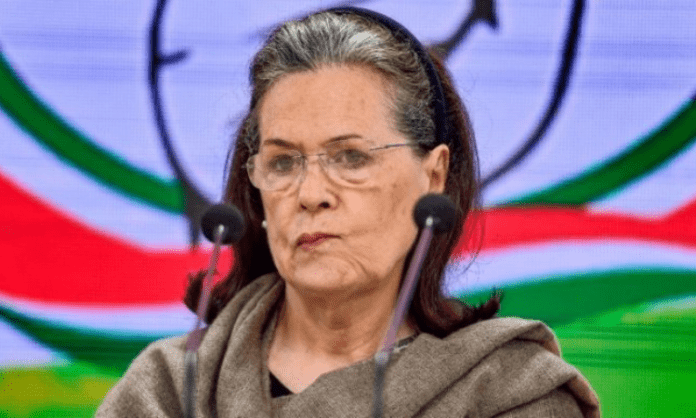 Congress interim President Sonia Gandhi on Thursday attacked the Centre after petrol price breached an all-time high level in the new year in the national capital.

Sonia Gandhi said on Thursday, “I demand the government to keep the prices of petrol and diesel to that of the UPA era and give relief to the people and roll back all the three farm laws.”

She said, “In independent India, the country is at crossroads as farmers are on the Delhi borders for 44 days for their genuine demands while the unbridled, insensitive government is breaking the backbone of the farmers and middle class.”

“Due to covid, all around the economy is already in shambles while the Modi government is putting money into their coffers and making out opportunity in a pandemic,” she added.

The cost of crude is around 51 dollars which means petrol should be around Rs 23 a liter but the prices are more than double which is the highest in 73 years.

Sonia Gandhi alleged that despite less cost of crude in the international market the benefit should go to the consumers but the government is profiteering on it. “In the last six years, the government collected 19,00,000 crore as excise duty from the people. Not only this, the rising costs of the domestic LPG has also disturbed the home budget,” she said.

After the raise on Thursday, the petrol price in Delhi increased by 23 paise a liter on Thursday, the second successive day of fuel price rise, to Rs 84.20 a liter from Rs 83.97 on the previous day. This is the highest level of the retail price of petrol in the national capital after October 4, 2018, when its price had risen to Rs 84 a liter.

In other metros, though the price of petrol has not yet breached the all-time high levels, it has reached very close to that level and may cross it this week if fuel price increases further in coming days.

Similarly, the petrol price also reached a very close to record level of Rs 85.80 a liter in Kolkata increasing to Rs 85.68 a liter on Thursday.