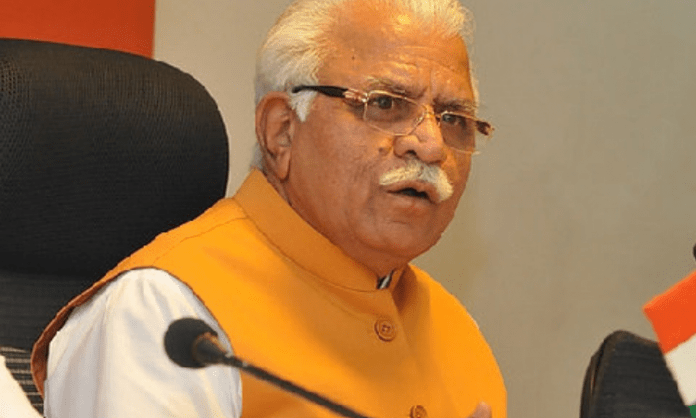 Also, the Chief Minister announced a Common Eligibility Test (CET) to be conducted by the Staff Selection Commission for filling posts of Group C and D.

Khattar told the media that with the launch of the ‘One Time Registration Portal’, aspirants would be required to apply and submit fees only once which would be Rs 500 for the general category candidates and Rs 250 for candidates belonging to reserved categories.

He said this decision would not only bring more transparency but also speed up the recruitment process.

The Chief Minister said the registration on the portal would commence on Tuesday and would continue till March 31. He said the students who are appearing for Class X and XII examination this year could also provisionally apply on the portal.

The Chief Minister said each candidate registering on the portal would be issued a unique identification number on basis of which he or she could apply as per their educational qualification and experience.

He said a separate CET would be conducted for the Group C and Group D posts and it would be valid for a period of three years.

The selection for the Group D posts would be made on the basis of merit of the CET, including marks under socio-economic criteria and experience, whereas in the case of Group C posts, the candidates would also have to clear the departmental examination in addition to the CET.

He said the ‘One Time Registration Portal’ would be integrated with the Parivar Pehchan Patra and the details of family members of the candidate would be automatically generated while filling the form.

The candidates would also have the facility to update the family details on the portal. If any candidate does not have Parivar Pehchan Patra, he could get it prepared from any nearby authorized center.