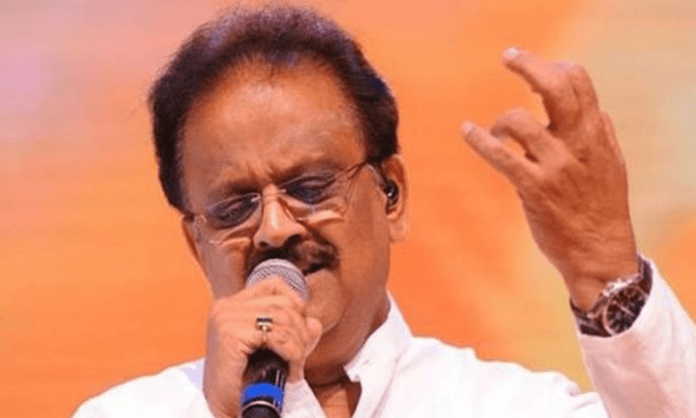 The sports fraternity has expressed grief at the passing away of famous playback singer S.P. Balasubrahmanyam.

Balasubrahmanyam, popularly known as SPB or Balu in the movie world, died on Friday afternoon in a Chennai hospital where he was being treated for Covid-19 since last month.

“Extremely saddened to hear about the demise of #SPBalasubramanyam garu. My deepest condolences to his family. His voice will always remain etched in our hearts. Om Shanti!” tweeted VVS Laxman.

“One of the greatest singers of all time, #SPBalasubramaniam sir’s soulful voice will remain in our hearts forever! He is irreplaceable. Condolences to his family & loved ones,” said Gautam Gambhir.

“One of my favorite artists breathed his last today and that’s the best way to describe you SPB sir, (an ARTIST). You were one of the best and most versatile singers in the history of Indian cinema. That’s the world will always remember you,” Dinesh Karthik said on the micro-blogging website.

“It will remain a lifelong unfulfilled dream of mine. But now you’ve moved on to a better place. May his soul rest in peace. I wish his family and friends and all his million fans like me all the strength to get through this,” he added.

Anil Kumble tweeted: “Shattered to hear about the passing of SPB sir. A legend of Indian cinema. His songs will reverberate forever. His friendship, love for the game, and our Chennai meetings will be cherished forever. My heartfelt condolences to Sudhakar, Sailaja, Charan, and the rest of family and fans.”

“Sad to learn about the demise of singing maestro S. P. Balasubrahmanyam. He leaves behind a huge void. Strength to his family and fans. Om Shanti” tweeted PT Usha.

“Really sad to hear about the passing away of such a great yet simple person. He was my first sponsor! He sponsored our team Chennai Colts in the national team championship in 1983. One of the nicest persons I have met. His music gave us such joy #RIPSPB,” tweeted Vishwanathan Anand.

The 74-year-old recorded over 40,000 songs in 16 languages over five decades and was honored with the prestigious Padma Shri award in 2001.

Just couldn’t do ordinary stuff to be picked when MS was around, says Karthik

Indian women's national football team forward Bala Devi had decided to stay back in Glasgow, Scotland during the worldwide lockdown enforced by the Covid-19...
Read more