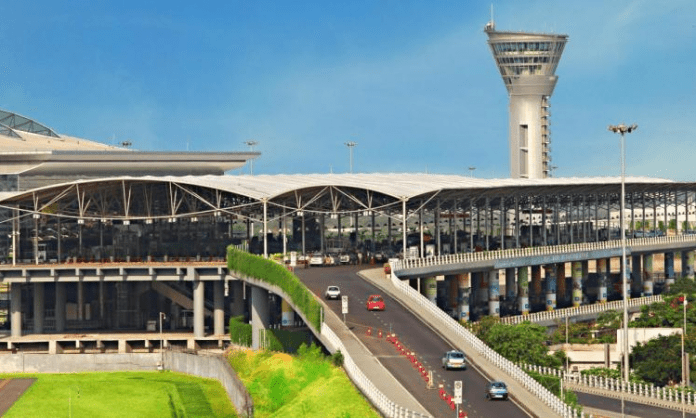 Witnessing a steady increase in the number of passengers and air traffic, Hyderabad’s Rajiv Gandhi International Airport (RGIA) is leading the revival of the aviation sector in India to post the Covid-induced lockdown.

The daily passenger footfall at RGIA has gone up by over six times and the Air traffic Movement (ATM) by over five times since the recommencement of domestic operations from May 15.

With the central and state governments relaxing the quarantine norms under Unlock 4.0 and Unlock 5.0, there has been a significant jump in the passenger footfall, sources at the airport said.

The RGIA has handled over 1.2 million domestic passengers from the day of recommencement till September 30. Over 13,500 domestic flights were handled during the same period.

Sources say the growth rate of Hyderabad Airport post recommencement has been impressive compared to other airports in the country.

Billed as the world’s third fastest-growing airport in the category of 15 million passengers in the world, it is one of the busiest airports in the country and the best-connected in the south and central India.

In the first few weeks post recommencement of domestic operations after a gap of two months, the daily passenger footfall was 3,000 but the same surged to over 20,000 in September.

Hyderabad Airport has also seen an uptick in the ATMs from about 40 daily ATMs in the first few weeks of the restart, to over 230 domestic flights daily.

The RGIA regained its 52 destinations out of 55 destinations before Covid, thus restoring about 95 percent domestic connectivity till August.

The airport was handling 550 air traffic movements and about 60,000 passengers daily before the Covid-induced lockdown came into effect in March.

With a new domestic destination – Jagdalpur in Chhatisgarh from September 21, RGIA is now connected to 53 destinations in the domestic sector. Nagpur, Mangalore, Kozhikode/Calicut, and Jabalpur are the latest destinations which recommenced in the last four weeks.

The top three airlines that are serving the domestic traffic from Hyderabad International Airport are IndiGo, SpiceJet, and Air India.

Though all commercial operations were suspended in March with the imposition of lockdown, RGIA continued to handle evacuation flights operated by various countries for their citizens.

It subsequently handled evacuation flights under the Vande Bharat Mission and the Air Transport Bubble agreements initiated among various countries.

Apart from these, many charters from various countries are also operating on a regular basis.

The airport witnessed an average of over 11 international air traffic movements daily in September. The numbers are expected to increase further, once the outreach of the Air Transport Bubble agreement gets further enhanced covering other countries as well.

This week, the airport extended its indigenously developed digital solution of E-boarding services to international flights, becoming the first airport in India to do so.

The airport kept raising the bar to innovate across various operational processes using the technology which included the contact-less replication of keyboards at self-check-in kiosks onto one’s smartphones to help aid printing of boarding cards and luggage tags in a contactless way.