If you don’t like, then be away – Hot Anchor

Hot Anchor-cum-actress Anasuya Bharadwaj remained tightlipped on the entire Sri Reddy episode. Anasuya who is known for expressing herself on a trending issue shocked everyone by remaining silent this time around.

But the actress took some time off to react to stark comments made by a TV anchor during a debate with actor Posani Krishna Murali. ‘I heard the TV anchor referring few women in Tollywood in an unparliamentary language. People who are watching take such kind of statements coming from senior journalists as true and come to the same opinion. People should realize that they are on TV, and should speak responsibly.

It might be his personal opinion. He shouldn’t have shared it on record. Post this incident, I stopped going for interviews to media houses. What is the point of going to a place where they don’t respect us? As an anchor, I only utter double meaning dialogues in Jabardasth. It is just for entertainment purpose, and for laughs.

Even yesteryear actors like Rajanala and Relangi used double meaning dialogues in old films. We have changed Jabardasth a lot, and many people are liking it. If someone doesn’t like the show, they can stay away from it,’ said the hot anchor.

Anasuya, Rashmi Gautham, and Sreemukhi – Anchors or Skin-show mavens? Who is leading? 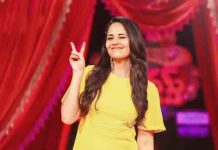 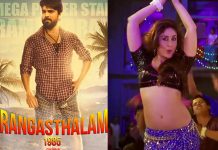