India vs Sri Lanka: Rain Unlikely To Play A Part In 2nd T20I 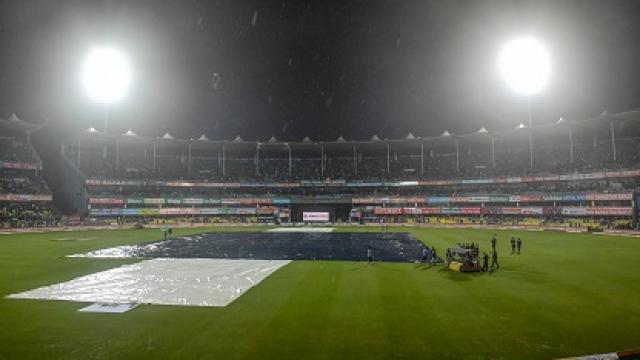 The second T20 International (T20I) between India and Sri Lanka in Indore is likely to go through without any interference from the weather. According to accuweather.com, Indore will see intermittent clouds between 1 pm and 3 pm and is expected to be partly sunny after that till 5 pm. The sky is predicted to be mostly clear at 6 pm with a slight haze expected to set in after that for the rest of the night. The temperature is likely to be between 22 degrees Celsius at 7 pm when the match starts and then gets gradually cooler.

The precipitation level is predicted to remain at 7% throughout the period of the match.

The first T20I that was scheduled to be held at the Barsapara Stadium in Guwahati, was abandoned due to a damp pitch after rain delayed the match.

That makes the match in Indore even more crucial for the two teams, as a win for either would ensure they do not lose the series.

There will be a lot of focus on Jasprit Bumrah, who is back in the Indian squad after a four-month absence due to a stress fracture. Bumrah had to wait to make his return to the field after the Guwahati T20I was called off and will be raring to go at the Holkar Stadium.