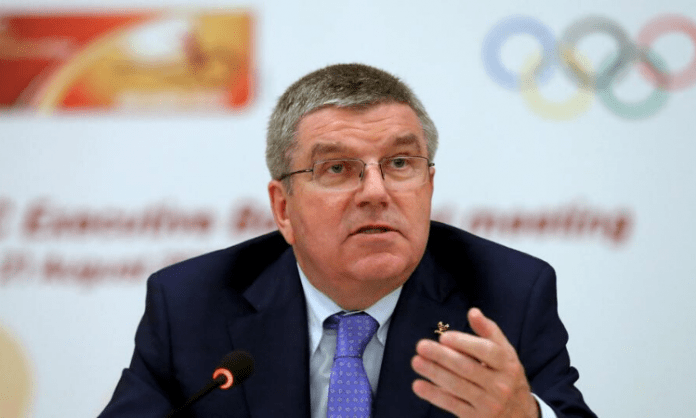 International Olympic Committee (IOC) President Thomas Bach is set to receive the Seoul Peace Prize for his efforts to promote peace during the Pyeongchang 2018 Winter Olympics.

In a media release, the Seoul Peace Prize Cultural Foundation said that as a firm believer in the spirit of the Olympics, Bach has devoted himself to promoting peace through sport.

The foundation stated that Bach was instrumental in ensuring North Korea’s participation in the Pyeongchang 2018 Games, taking place in neighboring South Korea.

It also noted his role in building relationships between South Korea, Japan, and China who will host three Olympic Games in a row with Tokyo 2020 re-scheduled for 2021 because of the Covid-19 pandemic and the Beijing Winter Olympics in 2022.

“IOC President Bach has continuously supported refugees through the creation of the Refugee Olympic Team and the Olympic Refuge Foundation. He contributed to promoting the human rights of refugees by raising global awareness of refugee issues and renewing the world’s perspective on refugees,” the foundation said.

Bach will be presented an award, a plaque, and an honorarium of $200,000 at the award ceremony of the ’15th Seoul Peace Prize” which would be held “within the year”.

The IOC chief, on his part, said it was a great honor to receive the award.

“This prize belongs to the entire IOC and the whole of the Olympic Movement because, without the support of so many, these achievements for peace through sport could never have been accomplished,” said Bach.

“All of us in the Olympic Movement take this prestigious prize as an encouragement to further strengthen our efforts to make a contribution to peace, solidarity and the unity of humanity, in all our diversity, through sport,” he added.