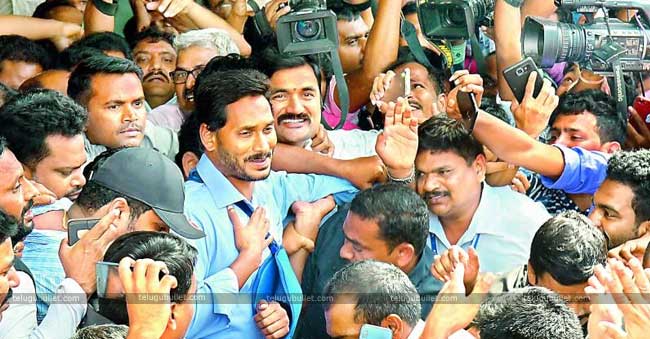 The attack on YSRCP Supreme Jagan has given tons of work for the Police and media along with the Politicians. Both the parties TDP and YSRCP are blaming each other behind this issue. Meanwhile, the attacker Srinivasa Rao’s high drama in front of media is making this case more interesting.

Attacker Srinivasa Rao claimed that he is an ardent follower of Jagan and he attacked the latter only to gain sympathy from the Public amidst the General Elections. Police also recovered a nine pages letter written in different handwritings explaining how Jagan should become CM of AP. Cut to the short, the SIT formed by the AP Police has been deeply probing into this case and is not leaving any clue to unfold this mystery. All of a sudden, this culprit stated that his health was not good and fall unconscious. Immediately Police rushed him to the hospital KGH in Vizag. Seeing the media at the hospital, Srinivas shouted at the media that his life is in danger and expressed his desperate desire to interact with media.

After his checkup, doctors declared that his health is perfect. While Police returning him to the interrogation, Srinivas shouted to the media that he is a hardcore fan of Jagan and he is ready to give up his life for the YSRCP head. At one side, YSRCP alleges that Srinivasa Rao is a conspiracy by TDP but the attacker’s claims reflect something different. Whatever might be the issue, this case is turning more and more interesting.