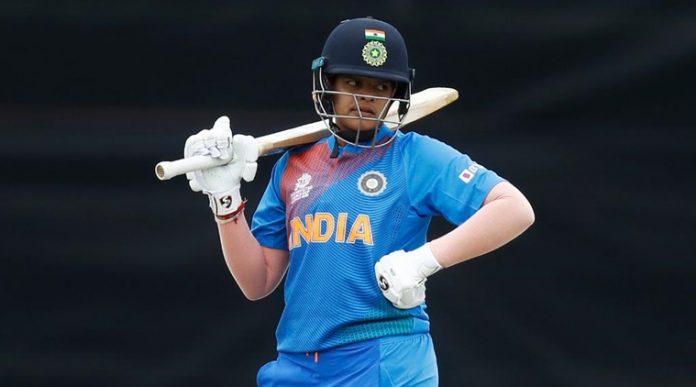 Shafali Verma, India’s teen sensation who has been mounting on her spectacular performance at the ongoing T20 World Cup in Australia, rose to the top spot in the ICC women’s T20 International rankings on Wednesday.

The 16-year-old replaced New Zealand’s Suzie Bates at the top, who had been the top player since October 2018. Shafali scored 161 runs in just four innings in the world cup to become the only Indian batswomen other than Mithali Raj to reach the top of ICC women’s T20I batting rankings.

Shafali Verma has risen a remarkable 19 places to claim the top spot among batters.

Shafali will now take on England in the semi-final as the top-ranked batter, facing top-ranked bowler Sophie Ecclestone on Thursday.

Smriti Mandhana, has slipped to the sixth position in the latest list. Among the Indian bowlers, Poonam Yadav is up four places to from twelve to eighth after a good run in World Cup. Deepti Sharma has driven nine places to seventh, making it into the top 10 in the all-rounders’ list for the first time after also moving up to 53rd among batters.

Australia remains at the top of the T20I team rankings with 290 points and England in the second position with 278. 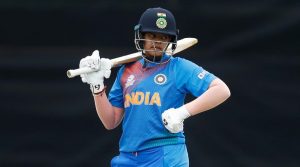 A day before the semifinal clash between India and England, skipper Harmanpreet Kaur praised the teenager, calling her ‘that kind of player you need in your team.’ “She’s very naughty, gets so much happiness and positivity to the team, always wants to enjoy it,” Kaur said.

“And when batting with her she motivates and releases pressure, that kind of player everyone needs in every team. Whoever is playing, wants to play for the country and give their best, she’s enjoying for the team,” she added.

“Now this team has been together for a long time, we learn a lot from each other, learn a lot of cricket. It makes it easier for players such as Shafali because when anybody enters the team, they see everyone is working together. They also feel nice and try to do what others are doing,” she said.