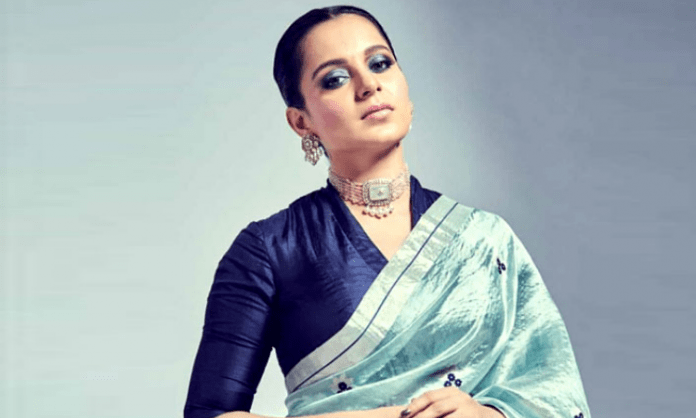 A Mumbai activist has lodged a complaint with the Khar police against Bollywood actress Kangana Ranaut for her series of comments on Mumbai Police, Maharashtra, the film industry, and related issues that have stoked a major political row in the state.

“I have registered an online complaint against the actress as her comments have irreparably damaged Maharashtra’s pride and self-respect. Her tweets were also inflammatory, leading to a series of protests and demonstrations all over the state,” complainant Santosh Deshpande told IANS on Saturday.

He said that if the Mumbai Police failed to take cognizance of his complaint, his lawyer Shivraj Pawar will move a court of law and pursue the matter to its logical conclusion.

“The tweets by the actress are in bad taste and served to inflame passions among the people. She has abused the freedom of speech and expression, and was misusing the social media to spew venom at one and all,” Deshpande said while giving the reasons for filing his complaint.

The development comes a day after a huge row erupted on September 4 in the state after Kangana’s comments which were viewed as “denigrating” the Mumbai Police in particular and the state in general.

Top leaders from the ruling Maha Vikas Aghadi alliance of Shiv Sena, Nationalist Congress Party, Congress, and opposition Maharashtra Navnirman Sena, slammed Kangana for her remarks while protests erupted in Mumbai and other cities against the actress.

As a huge controversy snowballed – in which Kangana dragged the Palghar Sadhu lynching incident, labeled Mumbai as “addicted to blood”, dared the Maratha Pride of Maharashtra, allegations of an ‘Islam-dominated’ Bollywood, besides comparing Mumbai as PoK – the Bharatiya Janata Party, and some of its leaders who openly supported Kangana till Thursday, abruptly dumped her.

Besides, several Bollywood and Marathi film personalities like Urmila Matondkar, Ritesh Deshmukh, Renuka Shahane, and many others attacked Kangana for her comments which have damaged the Marathi pride and dignity.

WhatsApp
Facebook
Twitter
Previous articleDia Mirza: Lockdown lead to cleaner air than we had in over a decade
Next articleIndian Army rescues Chinese citizens in Sikkim