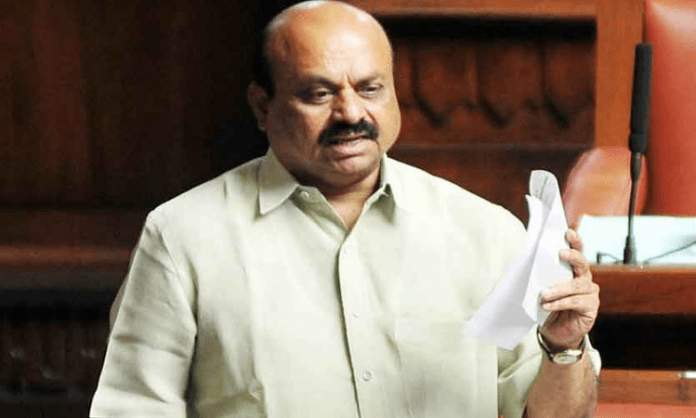 Ahead of the Monsoon Session of the Karnataka Legislature from September 21, state Urban Development Minister Byrati Basavaraj tested COVID positive and was admitted to a private hospital in the city, an official said on Tuesday.

“Basavaraj tested COVID positive and has been admitted to the Columbia Asia Hospital in the city’s northern suburb for treatment,” the minister’s secretary said here.

Basavaraj, 56, is the ruling BJP’s Legislator from the K.R. Puram Assembly segment in the city’s eastern suburb.

“The minister had body ache and no other symptoms on Monday when he took the COVID test,” the official said.

Basavaraj defected from the Congress and was re-elected from the same constituency in the December 5 Assembly by-elections. He revolted against the 14-month JD(S)-Congress coalition government and resigned from the Assembly seat in July 2019.

“As Chauhan was asymptomatic, he was advised to quarantine at home after his car driver, the gunman, and personal assistant contracted the virus on September 8, said his special officer Shivakumar Katte in a statement earlier.

Bidar is 680km north of Bengaluru in the southern state.

In a related development, opposition Congress legislator H. P. Manjunath from Hunsur in Mysuru district also tested COVID positive on September 11 and is under treatment at home as he is asymptomatic.

Early this month, state Labour Minister Shivaram Hebbar tested positive on September 5 and has been in home quarantine for treatment at Yellapur in Uttara Kannada district in the state’s northwest coastal region.

Besides state Chief Minister B. S. Yeddyurappa, half-a-dozen ministers, including B. R.Sriramulu (Health), C. T.Ravi (Tourism), Shashikala Jolle (Women and Child Development), Anand Singh (Forests & Environment), and S. T.Somashekar (Cooperation) tested for the virus and were discharged after they recovered over the last one month.

Opposition Congress leader Siddaramaiah, his party’s state unit president D. K. Shivakumar and scores of lawmakers of the BJP, Congress, and Janata Dal (Secular) were affected by the virus and recovered after treatment since July.

With so many ministers and Legislators getting infected, Assembly Speaker Vishweshwar Kageri Hegde on September 8 directed all the MLAs to undergo RT-PCR test in their respective constituencies on September 18 before the eight-day Monsoon Session from September 21 at Vidhana Soudha.

“Only those who test negative will be allowed to attend the session. The Legislators should carry a certificate from a state-run hospital showing they tested negative for the virus when they enter the Assembly,” said Kageri.

The state Legislature has made elaborate arrangements for the session in compliance with the standard operating procedure of the Union Ministry of Home Affairs and the COVID-induced guidelines of the Union Health Ministry to prevent the pandemic spread.

“As in Parliament, seating has been re-arranged in the treasury and opposition benches to ensure physical distancing with transparent shields separating them from each other to avoid physical contact,” a secretariat official told IANS here.

Wearing a mask, washing hands with sanitizers, and maintaining social distancing will be mandatory for all the Legislative members.