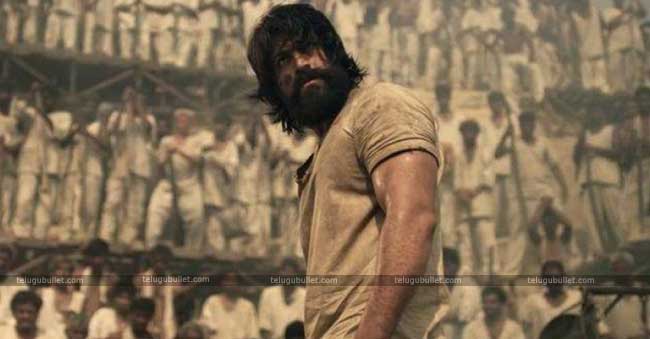 The most hyped flick of this year’s end, KGF has finally hit the bullseye with this thundering collections at the box office. This Kannada flick’s recent revenue numbers explain everything.As expected, the Rajamouli’s backed KGF got a Pan India release last weekend. With decent to positive reviews, this mass entertainer opened up with rave reviews across the Indian Film Industry. Sustaining big releases like Shahrukh Khan’s Zero in Hindi, Antakisham and Padi Padi Leche Manasu in Telugu; KGF emerged as the highest grossed among Christmas releases. At the end of Tuesday’s night shows, this Yash starrer grossed 101 crores worldwide and shocked the top trade analysts. With maximum percent generated from the original Kannada version, the Hindi dubbed version contributed the second biggest part of the pie with 22 crores. From the two Telugu States, the flick grossed 8 crores. The overseas gave almost $ 450 K adding more revenue to the total collections. Overall this flick became the highest grossed in Kannada Film Industry.With this pace and buzz, the flick will end up collecting a few more crores as there are no big releases until the upcoming Sankranthi of 2019. Now Yash has become a well-known face all over India.