Kohli criticised for sending Sundar, Dube ahead of AB against KXIP 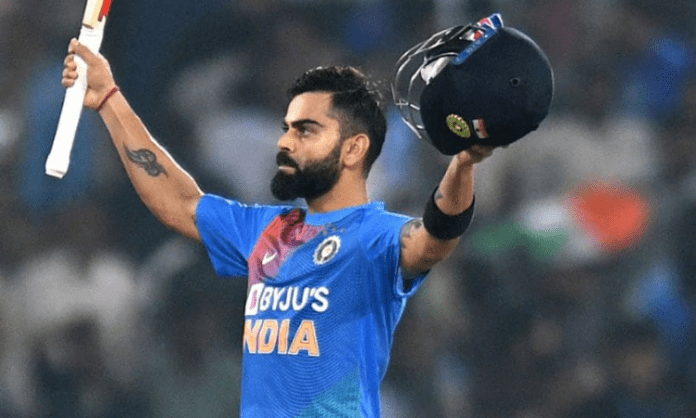 Royal Challengers Bangalore (RCB) captain Virat Kohli’s decision to send AB de Villiers in at No. 6 against Kings XI Punjab (KXIP) was slammed by former cricketers as the Bengaluru-based franchise lost their IPL 2020 match by eight wickets on Thursday.

de Villiers, who batted at No. 4 against Kolkata Knight Riders and smashed 73 off 33 in his 100-run stand with Kohli in their last game, was surprisingly demoted while Washington Sundar and Shivam Dube were sent ahead of him.

Both Sundar and Dube did nothing spectacular as RCB managed to get to 171/6 in 20 overs, thanks only to Chris Morris’s late-order hitting.

The decision may have been made due to AB’s recent weakness against spin bowling, away from turning ones in particular. Most of his dismissals in T20 cricket have come against this kind of bowling, delivered by leg-spinners and left-arm orthodox.

Whatever be the reason, it didn’t go down well with Pietersen who thought being an experienced batsman, the former Proteas captain should have been sent up.

“AB de Villiers has been playing cricket for 15 years. He has faced all kinds of bowlers. Your best batsman should be facing maximum deliveries. If he had faced the 24-25 balls that those two batsmen (Dube and Sundar) had faced, the ball he got out to would’ve gone out of the ground,” Pietersen said during the innings break.

de Villiers could come in only in the 17th over and ended up with two off five balls as pressure to up the tempo on arrival mounted.

Former India captain Sunil Gavaskar said during commentary, “He (Dube) has scored eight off 10 balls. He has taken away two overs of AB de Villiers’s mayhem.”

“It was a bizarre decision to hold back de Villiers and send Sundar and Dube ahead of him,” said former Indian cricketer Aakash Chopra in a video on his YouTube channel.

Kohli conceded after the match that the decision did not come off.

“We had a chat, it (AB batting at no. 6) was a message about the left-hand, right-hand combination. Sometimes these decisions you make, don’t come off. But I think 170 was a decent score,” Kohli said.

The RCB captain said that he wanted Sundar and Dube to go after the bowling attack with big shots. “That’s the idea, get your eye in, and start hitting. But we were not able to put them under pressure,” the 31-year-old added.

RCB has so far won five games of the eight matches in the ongoing tournament and will next take on Rajasthan Royals in Dubai on Saturday.