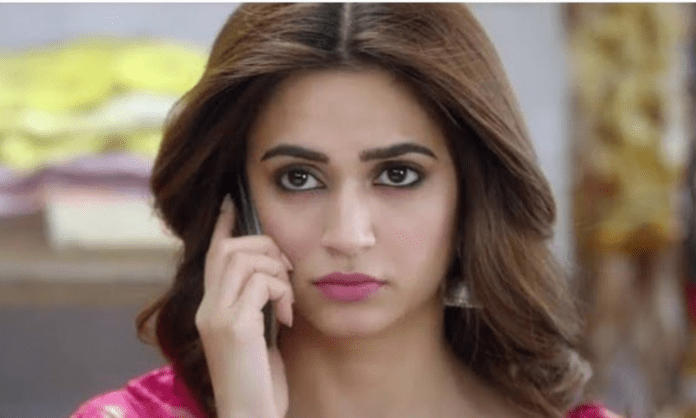 Actress Kriti Kharbanda has shared her mood in a recent post on social media. Kriti posted a picture on Instagram, where is seen making a goofy face as she poses in a striped red and white saree. A part of the saree covers her face.

“#mood…#happyday,” she captioned the image.

Kriti recently talked about the film that changed her life. She says it was her 2017 release Shaadi Mein Zaroor Aana.

Directed by Ratna Sinha, the film revolves around a smalltown couple who meet for a proposed arranged marriage. An unexpected event on their wedding night turns their innocent love story into a revenge saga.

The actress was most recently seen in “Trish”, also featuring Pulkit Samrat, Jim Sarbh, Harshvardhan Rane, and Sanjeed Sheikh. The Bejoy Nambiar directorial is streaming in the film as well as web series formats. A few days ago, Kriti revealed that she was diagnosed with Malaria.

WhatsApp
Facebook
Twitter
Previous articleNushrratt Bharuccha on ‘Chhorii’: Excited, nervous, charged up for this one
Next articlePneumonia vaccine may reduce impact of Covid-19: Study

Kangana Ranaut has reacted to the hashtag that has been trending throughout Wednesday on Twitter, demanding the suspension of her verified account on the...
Read more