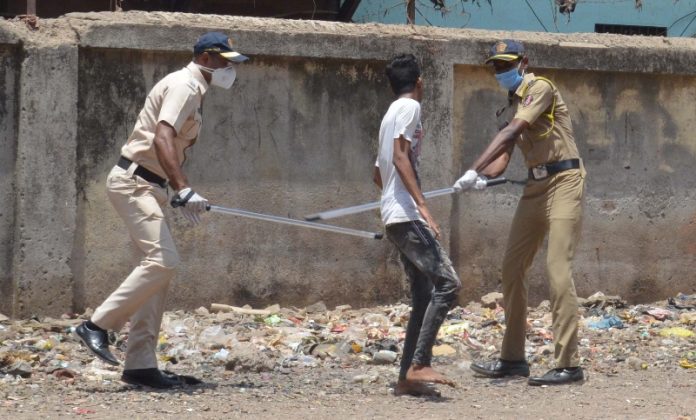 In a shocking incident, migrant workers in Andhra Pradesh have revolted demanding the state government to make necessary arrangements to return to their home towns. The migrant workers, who gathered in hundreds, have protested and even attacked the police who had tried to pacify them. With the situation getting out of control, cops had no other option but to initiate a lathi charge against the protesting migrant workers.

This incident took place in Kovvur of West Godavari where over 300 migrant workers belonging to Jharkhand, Bihar, Odisha states came onto Kovvur main road and protested. This resulted in the blocking of the transport on the road. Police have stepped in and DCP too was present to convince the migrant workers.

DCP had tried to explain to the migrant workers that the permissions from their states – Jharkhand, Bihar, Odisha – are due. But not convinced with this, the protesting labor have pelted stones and hurled bottles on police personnel. Police have finally lathi-charged the protesters to disburse them.

The other day, Hyderabad witnessed similar protest from migrant workers where they had come onto the street at Tolichowki in hundreds. With each passing day, the governments are finding it difficult to control the migrant workers. While the state governments are yet to clear permissions for the return of their migrant workers from other states, the situation looks difficult. However, officials are confident that they would resolve this soon.