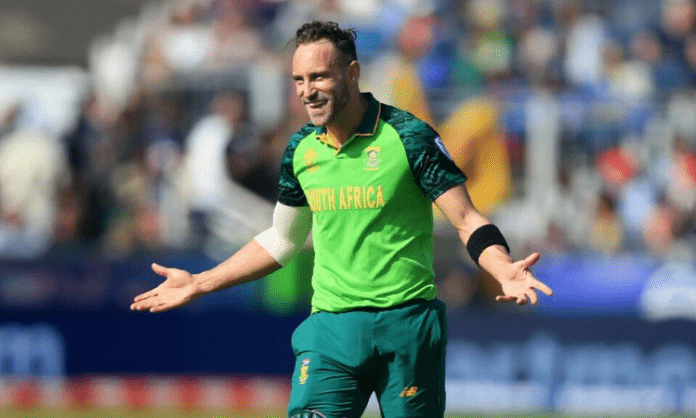 Veteran South Africa batsman Faf du Plessis, who has been an integral part of Chennai Super Kings since the inception of the Indian Premier League, has said that the environment in the dressing room of the Chennai-based franchise is very calm.

“There is a confidence in the CSK dressing room that someone will pull it through for us, and on each occasion, it is someone different. The guys share the load in winning games, it is a confidence thing by doing it again and again,” du Plessis told former Zimbabwe pacer Pommie Mbangwa during an Instagram Live session.

“With Chennai, my experience there has been that of a calm dressing room. There are a lot of thinking cricketers in the dressing room,” he added.

The Yellow Brigade has been one of the most successful IPL franchises in the history of the tournament. They have been able to lift the trophy thrice in 2010, 2011, and 2018. They are the only IPL team to qualify for the playoff stage in each edition of their appearance in the league. In addition, they have also won the Champions League T20 tournament in 2010 and 2014.

The MS Dhoni-led side was eyeing for its fourth IPL title in this year’s edition which currently stands indefinitely postponed due to the COVID-19 pandemic.