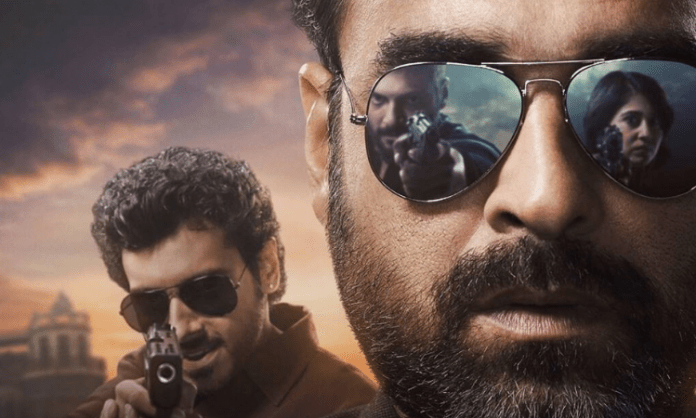 The trailer of the anticipated web series Mirzapur 2 finally released on Tuesday after almost a year-long wait, with adequate violence and drama duly in place.

The two-minute trailer begins with Kaleen Bhaiya (Pankaj Tripathi) saying: “Jo aaya hai, woh jaayega bhi, bas marzi humari hogi. Gaddi pe chahe hum rahe ya Munna, niyam same hoga (Whoever comes, will certainly leave, but according to my wish. Whoever sits on the throne, whether it is me or Munna, the rules will be the same).”

In the clip, we also see Shweta Tripathi (Golu) in a fierce gun-totting avatar, as she promises to rule Mirzapur.

Season one finished with the death of two important characters — Bablu Pandit (Vikrant Massey) and Sweety Gupta (Shriya Pilgaonkar) — and the upcoming season is all about revenge. Guddu Pandit (Ali Fazal) and Golu (Shweta) will be seen locking horns with Kaleen Bhaiya (Pankaj Tripathi) and his son Munna Tripathi( Divyendu Sharma).

Vijay, who was not a part of the season 1, expressed his happiness on joining the cast in the second season.

“I was a big fan of the show and used to ask, ‘when will Mirzapur 2 come?’. Luckily, after ‘Gully Boy’, makers approached me and gave me an opportunity to be a part of the show,” Vijay said during the trailer launch of “Mirzapur 2” on Tuesday.

Divyendu admitted that the shoot of Mirzapur was dark and intense for him.

“Mirzapur gets so intense and dark at times that it becomes important to breathe a little fresh air. So, apart from showcasing the bad, villainous qualities of Munna, I also tried to show his humane side to the audience,” he said.

“Mirzapur 2” will stream on Amazon Prime Video from October 23.

Actress Emma Roberts says her close friends helped her through her pregnancy during the Covid pandemic. "I feel so lucky because literally four of my...
Read more
Cinema Latest

Bigg Boss 14 housemate Rubina Dilaik seems to be finally realizing she needs to get out of her staid, 'shakshuka' mode, and get dirty...
Read more