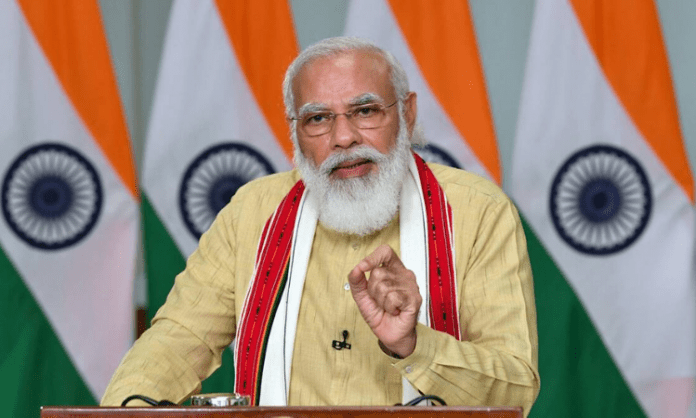 “Pained by the untimely demise of Kiran Maheshwari Ji. Be it as MP, MLA, or Cabinet Minister in the Rajasthan Government, she made numerous efforts to work towards the progress of the state and empower the poor as well as marginalized. Condolences to her family. Om Shanti,” the Prime Minister tweeted.

Maheshwari, also an MLA from Rajsamand, died at the Medanta Hospital in Gurugram early Monday morning. She had tested positive for Covid-19 and was undergoing treatment at the hospital.

Maheshwari was admitted to the hospital for the past 21 days. Her condition became critical a few days back. Her mortal remains will be brought to Udaipur later on Monday.

With 13,823 new coronavirus infections reported in the last 24 hours, India on Wednesday continued with its low streak of single-day cases, posting an...
Read more
National

The Yogi Adityanath government in Uttar Pradesh has informed the Allahabad High Court that it has filed a petition before the Supreme Court, seeking...
Read more