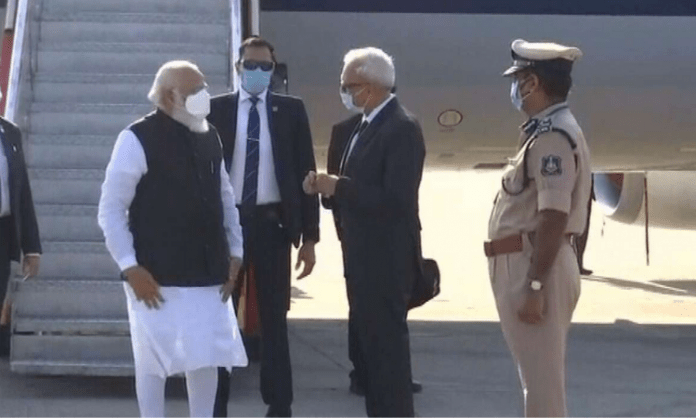 Prime Minister Narendra Modi landed at Hakimpet air force station on the outskirts of Hyderabad on Saturday as part of his three-city whirlwind tour to check on the progress made in developing a vaccine against the Coronavirus pandemic.

As confirmed by a CMO official, Telangana Chief Minister K. Chandrasekhar Rao and Governor Tamilisai Soundararajan were not present to receive Modi.

It is a known tradition for a state CM and Governor to receive a prime minister when he visits any state on behalf of the state government and people. From the airport, Modi proceeded by road to Bharat Biotech company.

US-based drugmaker Moderna has confirmed that it has received a report from California's health department that several individuals at one vaccination center in San...
Read more