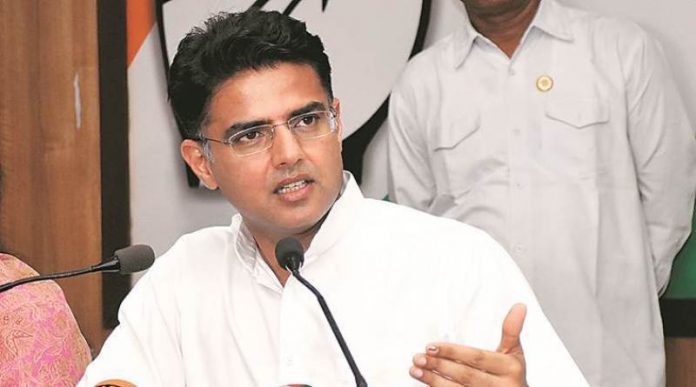 Sachin Pilot will need about a month of “me time” before the Congress can decide how to accommodate him, said top leaders in the party who have been in touch with the 42-year-old through the big bang crisis of his revolt.

Mr Pilot said this morning that he will not join the BJP – an utterance that softened his party’s stand on him. “He could be given an important national role. It may not be possible straight away, a cooling off period of a month may be needed,” said the Congress leader who is playing a key role in charting Mr Pilot’s course – or whatever remains of it – with the party. It’s important that Mr Pilot plan a “return” without conditions, said the Congress leader known for his proximity to party chief Sonia Gandhi.

“I am still a Congressman,” Mr Pilot told in this morning, adding that he will not join the BJP, even as the party began action against him to disqualify him as an MLA – it has given him till Friday to justify his “anti-party activities.” Yesterday, Mr Pilot was dismissed as Deputy Chief Minister of Rajasthan as also from the post of president of the Congress state branch.

At a press conference, Congress spokesperson RS Surjewala said Mr Pilot should leave the resort in Haryana where he has been sequestered with his loyalists. “We’ve seen Sachin Pilot’s statement that he won’t join BJP. I’d like to tell him that if you don’t want that, then leave the security cover of the BJP’s Haryana government, stop all conversations with them and come back to your home in Jaipur,” he said.

The fact that his rival, Chief Minister Ashok Gehlot, seems to have the support of enough MLAs to remain in power, could have shaped the tenor of Mr Pilot’s interview this morning, one that indicated he could be persuaded to remain with the Congress. The party has made it clear that while it is keen to retain him, it cannot countenance his demand that to be named Chief Minister instead of Mr Gehlot.

“The threat level to the Gehlot government has come down,” the Congress leader interviewed for this report said on the condition of anonymity. In Jaipur, Mr Gehlot’s squad, glamping at a fancy hotel, claimed it has strengthened its number to 109 – eight more than it needs to remain in office – according to sources close to the Chief Minister. A major confidence booster came from senior BJP leaders in the state including Gulab Chand Kataria who said the situation does not seem to merit putting Mr Gehlot through a trust vote – yet.

Mr Pilot and the Congress have, in the last 24 hours, taken refuge in ascribing great value to the relationship he shares with the Gandhis, offering highly redeemable points as a possible out of the current eruption.