It is a special day for the families of Nara and Nandamuri are celebrating the Wedding Anniversary of Nara Lokesh and Brahmani. For the first time, Nara Lokesh has opened up on his private life on the social networking site and it is doing rounds.The IT Minister of AP made news today morning with his recent tweet. On the eve of his Marriage Anniversary, he took his Twitter and expressed his love towards his wife Nara Brahmani. 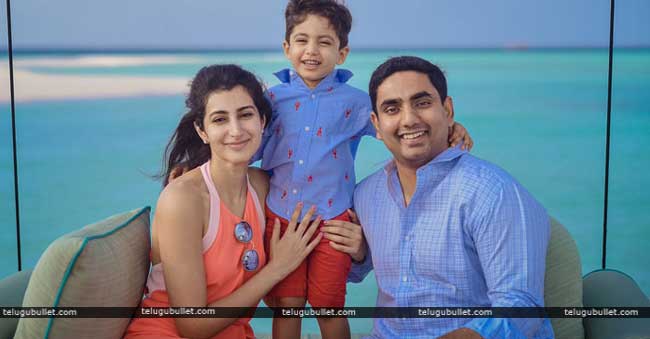 This Minister stated that he been feeling blessed and lucky be loved and cared for by Nara Brahmani in all these years. He went further and stated that Brahmani’s entry into his life is nothing but the blessings of the God. Lokesh wished Anniversary wishes to his wife Brahmani on this occasion. Along with this tweet, he uploaded a lovely picture of the couple and within no time, this tweet has gone viral across the two Telugu States. Nara Chandrababu Naidu took the first step in this marriage for which the hero cum Politician Nandamuri Balakrishna readily agreed. This marriage has strengthened the relationships between Nara and Nandamuri families which made Balayya as an MLA later. 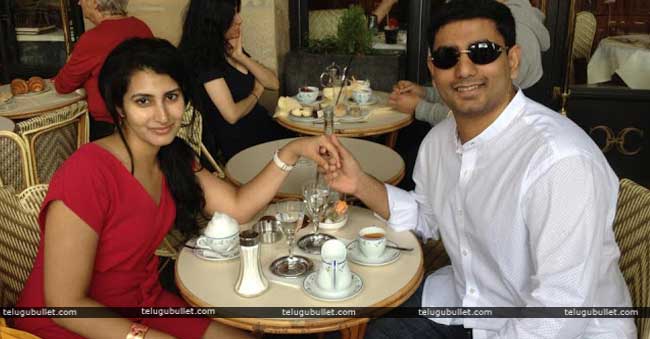 Lokesh and Brahmani are blessed with a boy Devansh who is quite popular on the media as the true heir of Nara and Nandamuri families. In this regard, let us all wish this young couple a happy wedding anniversary day. Lokesh is busy working restlessly along with this father CBN whereas Brahmani is looking over the business of Heritage group of Industries.