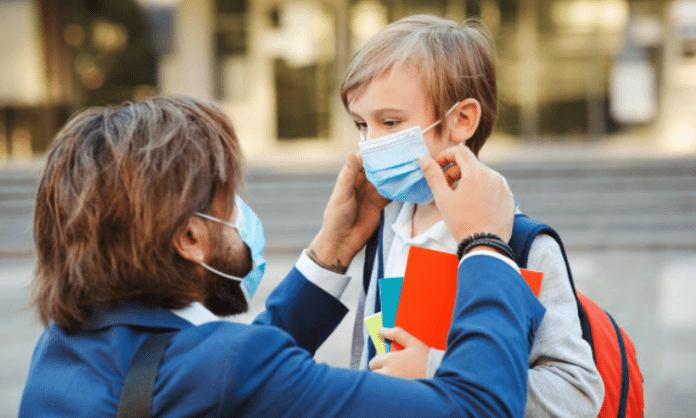 Nearly 700,000 children in the US have tested positive for the novel coronavirus since the onset of the pandemic earlier this year, according to a new report.

The report released on Wednesday by the American Academy of Paediatrics and the Children’s Hospital Association said that a total of 77,073 new child cases were reported from September 24 to October 8, a 13 percent increase in over two weeks, reports Xinhua news agency.

So far, a total of 697,633 child Covid-19 cases had been reported in the US, and children represented 10.7 per cent of all those infected, said the report.

Children accounted for 0.9 per cent to 3.6 per cent of total reported hospitalizations, and 0 to 0.23 per cent of all Covid-19 deaths, said the report.

“At this time, it appears that severe illness due to Covid-19 is rare among children. However, states should continue to provide detailed reports on cases, testing, hospitalizations, and mortality by age and race/ethnicity so that the effects of coronavirus on children’s health can be documented and monitored,” it added.

The report comes as the US remains the world’s worst-hit country with the highest number of Covid-19 cases and deaths.

As of Thursday morning, the total number of cases in the country stood at 7,911,497, while the death toll increased to 216,734, according to the Johns Hopkins University.