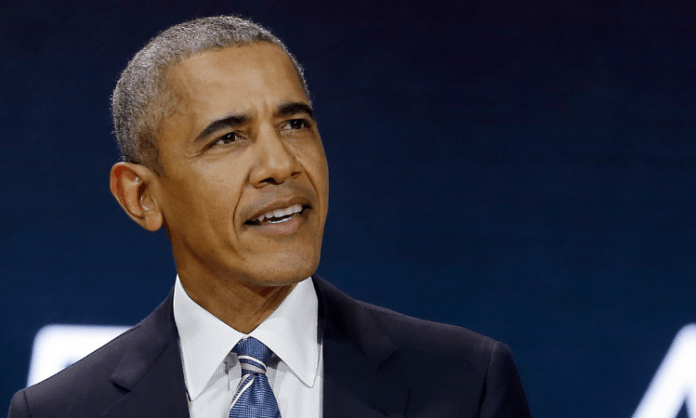 Former President of the United States Barack Obama has described the unprecedented chaos at the Capitol as “a moment of great dishonor” and “shame” for the nation.

“History will rightly remember today’s violence at the Capitol, incited by a sitting president who has continued to baselessly lie about the outcome of a lawful election, as a moment of great dishonor and shame for our nation. But we’d be kidding ourselves if we treated it as a total surprise,” Obama said in a statement posted on Twitter.

The Ex-US President blasted the Republican Party and “its accompanying media ecosystem” for refusing to acknowledge “this was not a particularly close election and that President-elect (Joe) Biden will be inaugurated on January 20.”

“Their fantasy narrative has spiralled further and further from reality, and it builds upon years of sown resentments,” he said.

The former Democratic President expressed optimism over the number of Republicans who spoke out against Trump on Wednesday.

“Their voices add to the examples of Republican state and local election officials in states like Georgia who’ve refused to be intimidated and have discharged their duties honorably,” Obama said.

“We need more leaders like these – right now and in the days, weeks, and months ahead as President-elect Biden works to restore a common purpose to our politics. It’s up to all of us as Americans, regardless of party, to support him in that goal.”

Obama’s statement came in the wake of US President Donald Trump conceding against President-elect Joe Biden on Thursday, saying that there would be an “orderly transition of power” on January 20, shortly after Congress affirmed the Democrat’s Electoral College victory.

“Even though I totally disagree with the outcome of the election, and the facts bear me out, nevertheless there will be an orderly transition on January 20th.

“I have always said we would continue our fight to ensure that only legal votes were counted.

“While this represents the end of the greatest first term in presidential history, it’s only the beginning of our fight to Make America Great Again,” Trump said in a statement which was posted on the social media by senior White House aide Don Scavino since Twitter and Facebook temporarily blocked the President.

Trump’s statement came shortly after Vice President Mike Pence announced before a joint session of Congress at about 4 a.m. on Thursday morning that Biden and Vice President-elect Kamala Harris had won 306 votes over his and Trump’s 232.

On Wednesday night, lawmakers formally tabulated each state’s Electoral College votes, a final step before Biden will be inaugurated as the country’s 46th President.

The joint session commenced on Wednesday after thousands of Trump supporters stormed the Capitol building, deemed as the citadel of American democracy, on Wednesday afternoon, forcing proceedings to count Electoral College votes cast in the November 3, 2020, presidential election to halt.

Lawmakers had to be evacuated from the House and the Senate, and the Capitol was vandalised.

One of the rioters who broke into the Senate chamber sat in the chair on the dais reserved for the presiding officer while yelling in support of Trump.

Another swung from the base of the visitor’s gallery, while a third was seen with his feet propped up on a desk in Pelosi’s office.

At least four people have been killed, 52 arrested and 14 police officers injured as a result of the violence.

Before the chaos unfolded, Trump told a crowd of supporters earlier in the day that he would “never concede” and had put pressure on Republicans to challenge the election certification.